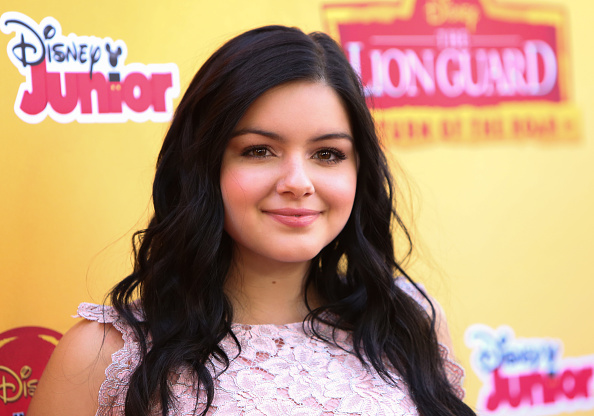 First of all: mad props to Ariel Winter. The Modern Family actress has spoken out very honestly about a lot of the personal choices she’s made—including a recent breast reduction surgery—so it’s often hard to remember that she’s only 17 years old.

Unfortunately, she’s had to face more than her fair share of objectification and mean comments, and recently had to take some haters to task after posting a photo of herself in a bikini on her Instagram account.

The photo itself is perfectly innocuous—it shows Winter in a two-piece bathing suit, hanging out on a boat with her nieces. Sounds innocent enough, right? But she then had to deal with people in the comments saying that she was “asking for it” and telling her to “put some clothes on” because she’s “only 17”.

Winter wasn’t about to let any of it slide, and linked to another photo on her Instagram soon afterward with the accompanying caption. Her words speak for themselves:

Who knew that an innocent photo with my nieces would turn into this? The height of a girl’s skirt or whatever she is wearing for that matter, does not imply what she is asking for. It sickens me to think at 17 years old, a photo of myself with my nieces is suggesting that I’m “asking for it”. I typically never give power to the mean things people bravely say behind their computer screens on the Internet, but this is for the girls who are constantly bullied whether it be online or at school… You are not asking for anything because of what you are wearing—you are expressing yourself and don’t you ever think you deserve the negativity as the consequence to what you are wearing—YOU ARE BEAUTIFUL. Celebrate you and don’t let anyone’s comments allow you to think less of yourself. Us girls have to stick together!!!!!!

It’s discouraging that Winter has had to suffer this kind of shaming and harassment at such a young age, but it’s a reminder that no one has the right to police women’s bodies regardless of the circumstances. No one is ever, ever “asking for it”—no matter what they’re wearing.