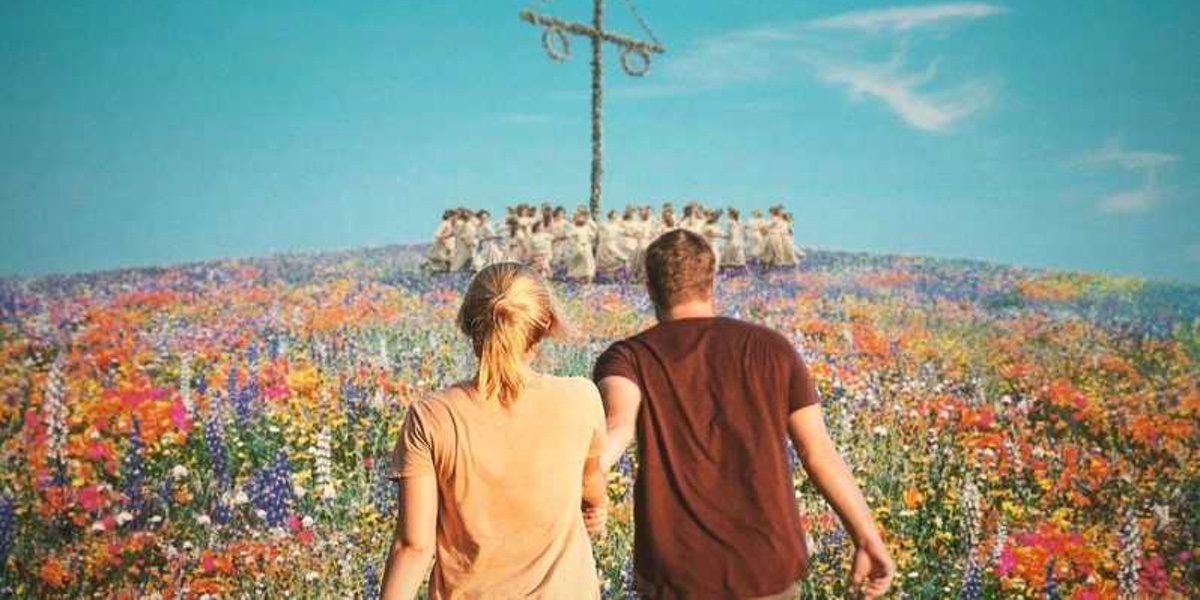 Forget the creepy nights of Hereditary. Ari Aster’s latest will scare you silly in broad daylight.

The most noticeable part of Midsommar‘s trailer is the fact it almost entirely takes place outside, in sunshine. There are maybe two or three shots inside dark buildings, but the glimpses of the outside reveal that it still takes place during the day. The video is framed in white, the title cards are on a white backdrop, and everything is exceedingly bright.

The daylight is haunting. There is no place to hide.

Aster burst onto the film scene with Hereditary, one of the scariest movies in recent memory. A slow-burn of a nightmare, Hereditary earned awards buzz that tragically went nowhere for strong performances and terrifying visuals. A24 has placed their trust in Aster again with Midsommar, and given the terrifying teaser and the positive buzz surrounding Aster, it’s sure to make a killing. Probably literally.

We know the plot centers on a group of travelers who attend a Swedish summer festival that lasts nine days and only happens every 90 years. While there, some kind of drug use occurs that causes … well, mayhem. It’s very unclear what’s going on, which is for the best. Unless you’re doing a trailer for an adaptation like Pet Sematary, it’s better to go the Us route and keep your twists close and your final girls closer.

The cast includes Florence Pugh (Fighting With My Family), Will Poulter (Black Mirror), and William Jackson Harper (The Good Place). I am especially excited to see Jackson Harper in this film, as I mostly know him as Chidi. My guess is is that he’ll steal the show, but we’ll have to wait until the film is released to see if my theory is correct.

My other theory is that this might be a doomsday-esque cult that performs terrible rituals every 90 years to prevent the apocalypse or please some ancient deity. Truth be told, they could just be a murder cult, but I expect there might be something more to it, just like how the evil in Hereditary was up to something. I am not sure what is more terrifying, though: the thought of demons or monsters, or actual humans being the villains.

The trailer is full of horrifying shots, including someone falling from a high place and someone smearing blood on a rock with ancient symbols. Perhaps the most terrifying is the ending though, as a young woman looks through a keyhole. We hear the sounds of screams and noises outside, but we can’t make out what she’s seeing. Will this be the third act, or is something even more horrifying.

We’ve written about how 2019 is going to be a great year for horror films, and this looks to be just as good an addition. I personally cannot wait to be terrified out of my wits and to write many a thinkpiece about Aster’s direction and the frightening use of light. Check out the trailer below, and let us know your theories in the comments section.