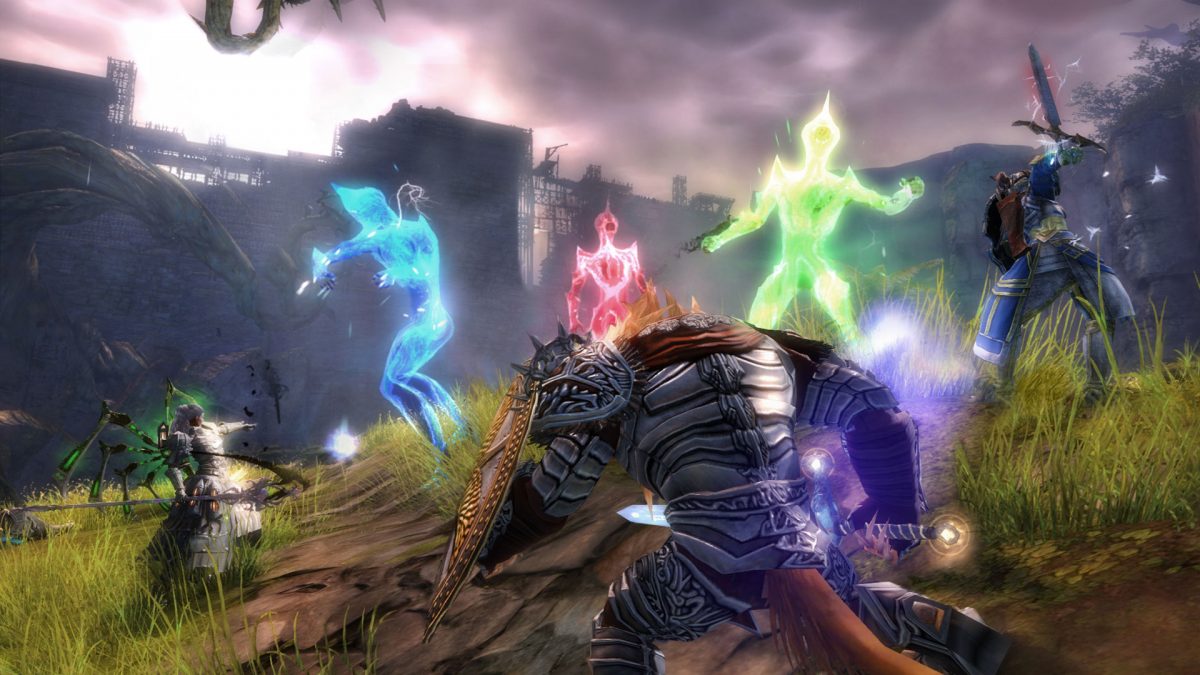 ArenaNet fired Guild Wars 2 writers Jessica Price and Peter Fries after a heated Twitter exchange with Twitch streamer and YouTuber Deroir. Deroir is also partnered with the company as part of their content creator program. The exchange took place after Price wrote a Twitter thread discussing the challenges of writing for MMOs like Guild Wars 2.

Price was discussing the inherent difficulty of writing player characters, and the balance that needs to be struck between giving them a distinct personality yet still allowing room for player creativity in designing their avatars.

The dirty secret is I’m not sure if it’s possible to make an MMORPG (or CRPG) character compelling, because people have different expectations about what that character will be, as opposed to a pre-designed character in a single-player game.

When you want the outcome to be the same across the board for all players’ experiences, then yes, by design you are extremely limited in how you can contruct the personality of the PC. (2 of 3)

then perhaps players would be more invested in the roleplaying aspect of that particular MMORPG.
Nonetheless, I appreciate the insightful thread! (End)

While Deroir’s response is thoughtful and politely worded, it’s an opinion that Price did not ask for. But like any women on the internet will tell you, getting unsolicited advice from random men is a daily occurrence. It is condescending to all female professionals in any field to be mansplained to by internet strangers, and even more frustrating when we consider that these “civil” exchanges are few and far between. Women on the internet are much more likely to be exposed to vitriolic and violent messaging, with zero support or consequences from the (mostly) men in charge of these platforms.

As a female game writer, Price has no doubt borne the brunt of internet fanboy rage. So it’s no surprise then, that she fought back. Keep in mind, this entire exchange happened through her personal Twitter account, not her work one.

Today in being a female game dev:

“Allow me–a person who does not work with you–explain to you how you do your job.” https://t.co/lmK0yJWqGB

like, the next rando asshat who attempts to explain the concept of branching dialogue to me–as if, you know, having worked in game narrative for a fucking DECADE, I have never heard of it–is getting instablocked. PSA.

Since we’ve got a lot of hurt manfeels today, lemme make something clear: this is my feed. I’m not on the clock here. I’m not your emotional courtesan just because I’m a dev. Don’t expect me to pretend to like you here.

As more people got involved in the spat, fellow writer Peter Fries chimed in, with a a now deleted tweet that is archived here.

Fries wrote that Price “never asked for this feedback” and that “Jessica is great at her job and deserves to be treated with respect.” Deroir, to his credit, apologized for any offense he may have caused, saying he “meant no disrespect.” In response, ArenaNet fired both Fries and Price, saying “Recently two of our employees failed to uphold our standards of communicating with players. Their attacks on the community were unacceptable. As a result, they’re no longer with the company.”

This seems like a major overreaction on the part of ArenaNet. As a major gaming company, there’s no world in which they are unaware of the abuse and belittlement that women in the gaming industry face online on a daily basis. And Price’s response, while it may be rude, is neither abusive nor hateful. She is simply using her private account to vent about a frustrating fan experience. And Fries was simply defending his co-worker. These shouldn’t be fire-able offenses.

It also brings into question the responsibility (if any) that writers and creators have to their fandom. Price makes a resonant point when she talks about being an “emotional courtesan”, namely that women on the internet (and everywhere else) are expected to hold space for every male opinion that enters their purview. This is an absurdly unrealistic expectation, validated by social media. Before the internet, a fan’s only hope of ever interacting with a creator was through old fashioned letter writing.

Now, with the advent of social media, communicating with your favorite creators, artists and actors is only a click away. For better or for worse, creators can now experience praise, critique, harassment, and trolling in real time. If you’re a woman, it’s just those last three. And while trolls can operate free of exposure or consequence, those receiving the abuse end up being punished.

• Male gamers target prominent, outspoken industry women like they’re congressional seats they want to flip
• Those women have to exist online with that as a constant, operating pressure

ArenaNet doesn’t seem to appreciate either fact, based on what they’ve done and said here.