Let’s Talk About That Time Aqua Ruled our ’90s World 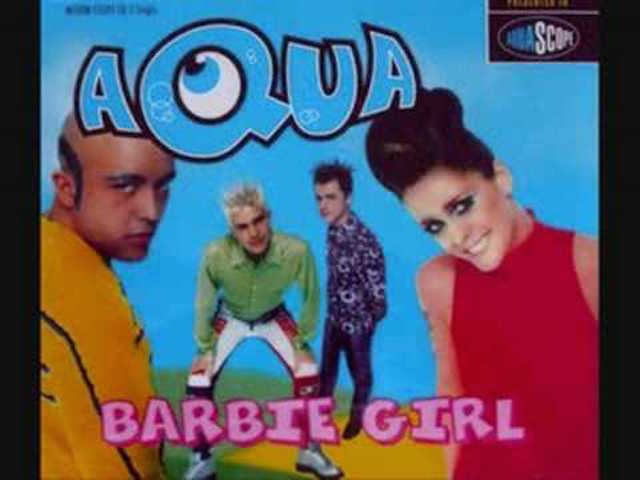 It’s been eighteen years since Aqua released their debut album, Aquarium, and only one year since the band went on a reunion tour in Australia. Their official Twitter has a mere 4,338 followers. The very last time they updated their Facebook page was to share a Buzzfeed article about their live shows. Three days before, they had posted a photo with their fans with the caption, “THANK YOU SYDNEY, YOU WHERE OUTSTANDING!!” The misspelling of “were” and the choice to type in all-caps is delightful, and kind of adorable. I want to hug them. I want to wear their euro-goth outfits.

This was November 2014. Dust is collecting on their collective social media presence, and the band doesn’t even have a website. When I reached out to the four Aqua members on Twitter, they either didn’t check their notifications, or they decided to ignore me. Maybe Aqua doesn’t even want to be found.

So, what happened since 1997? At first glance, there’s not much to go off of. Taking advantage of a brief bubble-gum disco comeback (which filled the void Ace of Base left behind in 1992 when Happy Nation came out), Aqua managed to become the most successful Danish band in music history (that’s a fact). The timing was perfect.

The mid ’90s experienced a brief seventies revival, which materialized in the form of holographic peace sign stickers and platform Sketchers. Austin Powers: International Man of Mystery was released in theaters. “Groovy” lodged itself into our collective vernacular, and declaring “girl power!” before every photo taken at a birthday party was a thing. So when Aqua released music videos that featured space aliens in tube tops and metallic pom-pom wigs, they weren’t forsaken—they were embraced.

Aqua’s first single, “Barbie Girl” debuted in 1997 and reached No. 7 on the Billboard Hot 100—not too shabby. Aquarium became the number one selling album in the UK for four consecutive weeks. The somber “Turn Back Time” received a hefty amount of airplay on the radio and even found itself included in Gwyneth Paltrow’s Sliding Doors soundtrack. Aqua’s success was led to comparisons with Westlife and Spice Girls. They were unstoppable—until they weren’t.

After the toy company Mattel tried to sue them for ruining Barbie’s image for millions of miniature humans across the nation (MCA Records countersued and won — Circuit Judge Alex Kozinski stated, and I quote, “With fame often comes unwanted attention … The parties are advised to chill.” #90sFTW) Aqua released Aquarius in 2000. And it kind of flopped, peaking at #87 on the Billboard 200.

Maybe Aqua just wore out its welcome, or maybe the album was mediocre (its highlights include a song about bumble bees, and one with the title “Around the World,” which ATC already called dibs on in 1990).

The band split in the summer of 2001, allegedly because lead singer Lene cheated on her then-boyfriend and bandmate Rene Dif with keyboardist Soren Rasted (who she later married and has been married to for 14 years). The Aqua band members went their separate ways—for awhile.
Lene released the album Play With Me in 2003. Soren’s band, Lazyboy (which was sued by La-Z-Boy—Soren sadly had to change it to the not-as-catchy Lazy B.), released an album in 2004 (their first single was notably “Underwear Goes Inside the Pants”). Rene became CEO of a snack company, as well as a life coach—as one does. The fourth member of Aqua, Claus, didn’t release any solo music of his own, but according to Aqua’s Wikipedia page, he remixes material for other musicians and goes by “Danny Red.”

And then Aqua got back together in 2007 and started touring, releasing their final album, Megalomania, in 2011. It was, unsurprisingly, not well-received in the U.S. However, their first single from the album, “Back to the 80s,” debuted at number-one in Denmark, staying in first place for six whole weeks.

“People thought it was kind of weird and a lot of people didn’t believe in us, but we did our own thing and we had the guts to do it. I think it was about being brave actually. The four of us together were really brave because there was a lot of post-grunge, rock music at the time before pop music became popular to everyone. We just stuck to it and I’m so happy we did that,” Lene told AU in 2014 right before their reunion tour.

In 1997, Aqua found the right place and the right time to spread their syrup, glitter pop gospel, but what made them so memorable? So, oddly, lovable? Why do we still know the lyrics to “Dr. Jones” after eighteen years?

The first time I heard “Barbie Girl,” I was in the car with my dad. It was winter, and we sat idling while his colossal Land Cruiser thawed in the garage. I turned the radio on and as soon as I did, the car filled with a kind of sound that was sticky, cloying, and mirthful to its very core. It was a song about Barbies! Playing! Dressing up! “Kiss me here, touch me there, hanky panky,” a deeper voice, a trickster, sang alongside the female voice. That was when my dad told me I shouldn’t be listening to “Barbie Girl.”
“Why? Because he wants to give her a handkerchief?” I was seven. The now blatantly sexual and creepy lyrics zoomed past me like a freight train.

Other kids in my second grade class got it, though. “You can brush my hair, undress me everywhere,” they sang. “It’s s-e-x! Sex, sex, sex.”

When asked about the controversial song seventeen years later for news.com, Lene stated, “It was both [a novelty song and a comment on society]. Of course, when the record company was sued by Mattel, back in those days, we claimed full on that it was just a fun cheeky pop song. But it was also a statement on the kind of perfect girl that the society is trying to turn us into. There’s irony in there as well, and in all our other songs.”

While the actual likelihood of Aqua serving as a soap box for social and cultural commentary seems like a stretch, maybe there is some truth there. Maybe Aqua wasn’t just sugary substance. Maybe it had meaning. Maybe the band wanted us to think. In reality, we listened to Aqua because we knew it was a little bit naughty. It was weird. It confused us. It made us want to dance. And we danced.

“We already were in a cartoonish world,” Lene said. “And we thought it brought up good pictures for people. It’s a good world to live in.”

Gina Vaynshteyn is an associate editor over at HelloGiggles, where she spends a lot of time writing about zombies and cats and gutsy fashion (in that order). She’s also written for places like The Rumpus, Mic, and Bustle. You can (and should) follow her on Twitter at ginainterrupted.