April Ryan Is a Name You Should Know 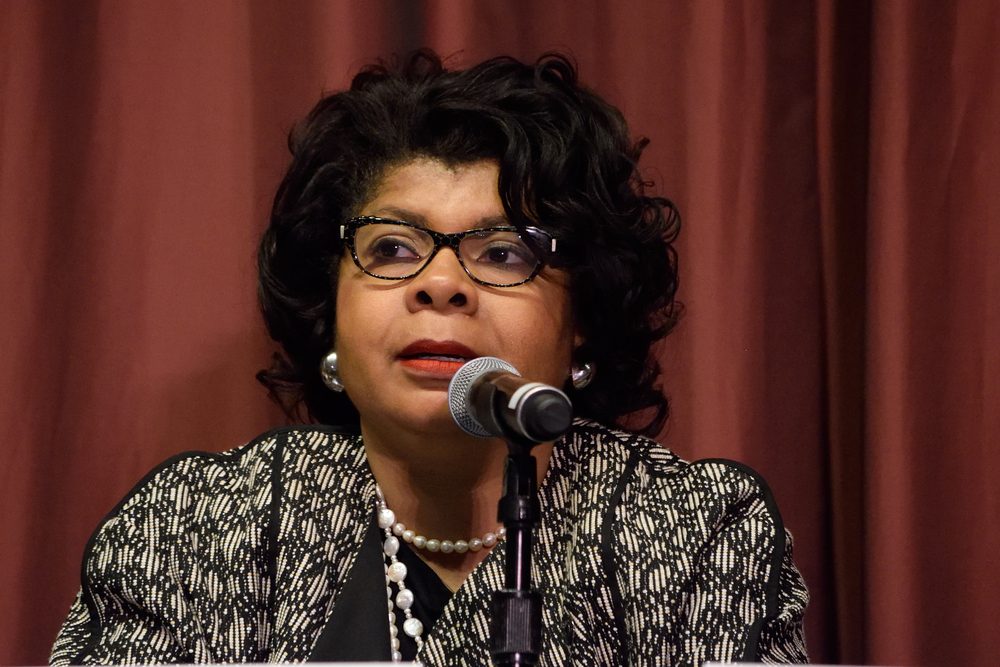 [Update: April Ryan has now gotten a job at CNN, which she richly deserves.]

You may have noticed that April Ryan was trending Tuesday on Twitter, and if that’s not a name you’re familiar with, buckle in because you’re about to get a new hero. Also, a lot of anger.

Ryan is a journalist who’s been covering politics from the White House press corps for two decades. She’s seen the workings of Washington up close during four different presidencies and wrote a book on race in America through the lens of race in the White House, called The Presidency in Black and White.

And today, during the daily White House press briefing, Sean Spicer talked to her like a child.

Here’s a longer clip, with some context. Ryan asked Spicer to talk about the perception of Trump and the Republican party, and Spicer launched into a rant about her “agenda” and a lack of facts. When she tried to rebut, he talked over her. When she silently expressed dismay at his response, he scolded her.

Spicer to @AprilDRyan: “If the president puts Russian salad dressing on his salad tonight, somehow that’s a Russian connection” —via @MSNBC pic.twitter.com/O0OC3bUJiG

April Ryan’s response after Spicer told her to stop shaking her head 👇🏼https://t.co/czffR9dvFP

She also responded by going on MSNBC to expound on her original point–that in her 20 years at this job, “we’ve never seen anything like this before.” And that “you cannot ignore, as a reporter, that there are issues on Capitol Hill.”

April Ryan responds on MSNBC: Spicer was trying to make WH “look better than what it does right now. Unfortunately, I was roadkill today.” pic.twitter.com/cHoRxjCdM2

You might also remember Ryan from the early days of this administration (don’t you tell me it’s still the early days; it’s been a freaking eternity), when she asked Donald Trump during a press conference if he was going to include the Congressional Black Caucus in his conversations on his “inner city agenda,” and he responded by asking her if that group is “friends of [hers],” and telling her to set up the meeting.

Trump just asked a black journalist if she was “friends” with the Congressional Black Caucus and wanted to set up a mtg for him w/ the CBC. pic.twitter.com/whnDJLI8MI

Oh, and just this past Monday, as new Attorney General Jeff Sessions (typing that phrase makes me shudder) was wrapping up a press conference, Ryan asked him about the recent murder of a black man at the hands of a white supremacist, who has now been charged with terrorism, in addition to murder. Sessions ignored Ryan, because this administration has proven itself comfortable calling out terrorism, so long as it looks a certain way.

@AprilDRyan tried to get Attny Gen to answer questions re: Eric Garner case and recent hate crime in NYC

Yes I did. So if you heard it I know he heard it https://t.co/DYAUTqplxn

Ryan didn’t give up, though, and asked Spicer about the hate crime. His response was, well…

Apparently April Ryan confronted Sean Spicer with a question about the hate crime in NYC and Spicer launched into this bizarre word salad pic.twitter.com/GRxHIOk8aP

(That screengrab is via Yahoo.)

April Ryan has been at this job for 20 years. All of this has happened in the last five weeks. She’s definitely a person you’re going to want to follow.