iOS and Android Apps Are Stealing Your Data, WSJ Reports 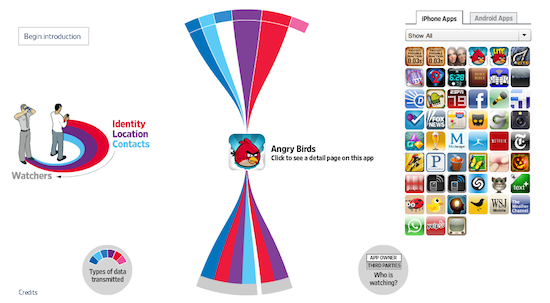 According to The Wall Street Journal, popular iOS and Android apps are sneaky data thieves, pilfering user data without making it clear, then sending it off to third-party companies. Everyone knows software does this sort of thing from time to time, but apparently it’s fairly rampant among mobile apps. The Wall Street Journal put together an interactive graphic that details which apps, out of the 101 put under the microscope, collect and redistribute data, and which companies receive said data.

The Wall Street Journal page with the interactive graphic also contains a handy, organizable chart, so we can all see which companies are receiving our info, whether or not we want them to.

(The Wall Street Journal via Lifehacker)