Foxconn Story Pulled From This American Life | The Mary Sue 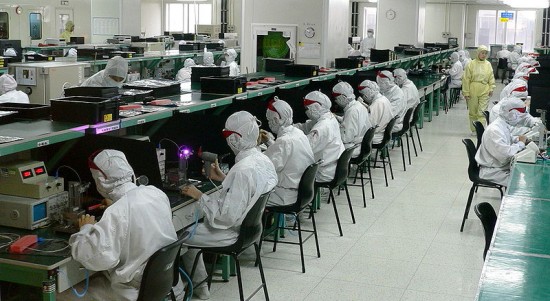 In January of this year, the public radio program This American Life ran a piece which was adapted from Mike Daisey’s one man show The Agony and Ecstasy of Steve Jobs, which featured vivid recollections of brutal conditions inside the Foxconn factories which produce Apple’s devices. After investigations into Daisey’s story by American Public Media reporter Rob Schmitz for the show Marketplace, This American Life has decided to retract the story saying they can no longer vouch for its authenticity.

In a press release, This American Life and Chicago Public Radio say that the show was enormously popular, garnering 888,000 downloads and 206,000 streaming listeners. Given the nature of the program, the show’s producer’s did fact-check the work. And this is where things get troubling. From the press release:

During fact checking before the broadcast of Daisey’s story, This American Life staffers asked Daisey for this interpreter’s contact information. Daisey told them her real name was Anna, not Cathy as he says in his monologue, and he said that the cell phone number he had for her didn’t work any more. He said he had no way to reach her.

“At that point, we should’ve killed the story,” says Ira Glass, Executive Producer and Host of This American Life. “But other things Daisey told us about Apple’s operations in China checked out, and we saw no reason to doubt him. We didn’t think that he was lying to us and to audiences about the details of his story. That was a mistake.”

Schmitz, however, was extremely familiar with Apple’s manufacturing work in China and managed to locate Daisey’s interpreter Li Guifen, who goes by the name “Cathy Lee.” Guifen refuted several key points about Daisey’s story, including some of the most dramatic. In the course of his investigation, Schmitz discovered that Daisey did not visit as many factories as he claimed, nor speak with as many workers as he claimed. Daisey also invented some characters and events, like the workers poisoned by n-hexane, underage workers, or a man whose hand was mangled in a Foxconn factory seeing an iPad for the first time.

Daisey, for his part, is regretful that his work was presented as journalism, and not the artistic endeavor he intended it as. From his statement:

What I do is not journalism. The tools of the theater are not the same as the tools of journalism. For this reason, I regret that I allowed THIS AMERICAN LIFE to air an excerpt from my monologue. THIS AMERICAN LIFE is essentially a journalistic ­- not a theatrical ­- enterprise, and as such it operates under a different set of rules and expectations. But this is my only regret. I am proud that my work seems to have sparked a growing storm of attention and concern over the often appalling conditions under which many of the high-tech products we love so much are assembled in China.

The relative ethics of theatre and journalism aside, there are two key points that complicate this incident. The first is that while Daisey can say that his work is not meant to be taken as hard fact, he may have intentionally prevented This American Life’s fact checkers from discovering his story’s inconsistencies.

Secondly, audits of Foxconn and other reports from major news outlets have turned up some of the troubling things Daisey talks about in his one-man show. For instance, the n-hexane poisoning incident has been confirmed by Apple to have happened, but not at the factory Daisey said it had. Also, an audit of Foxconn found underage workers — though a problem — were  extremely rare.

This American Life has opted to remove the show from its website, and is instead presenting an alternative program this weekend featuring the work of Schmitz and a discussion between him, Daisey, and This American Life’s Ira Glass. Marketplace will also feature a radio pice on Schmitz’s discoveries tonight. While these programs will likely reveal more of the story, the story of Apple in China just got a little more complicated.

This American Life has released their episode detailing the investigation into Daisey’s story, as well as what actually happens in Apple factories on their website. A transcript of the episode can be found here.

(This American Life and Mike Daisey via Alexis Madrigal, Matt Novak, image of a Foxconn factory in Shenzhen via Wikipedia)