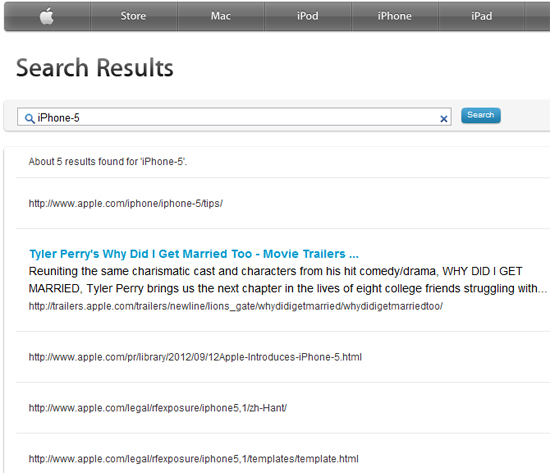 File this one under “massive public relations blunder” as it looks like a number of announcements set for today’s Apple event have been leaked by Apple themselves. It should come as no surprise that the company has been preparing for the various products being unveiled today by crafting materials for whatever press releases they intend to push live. Unfortunately, these are apparently already within Apple’s online database to where specific searches turn up links that spoil nearly everything.

In short, a new iTunes, the iPhone 5 name, a new iPod Touch, iPod Nano, and LTE connectivity have all been shown to have pages associated with them in Apple’s database. Now, we grant that all of these pages currently aren’t live, but they certainly point to something that soon should be.

The newest version of iTunes, which is expected to be branded iTunes 11, will be announced today, but likely won’t see release until October, according to 9to5Mac. As this and others are officially announced by Apple, we’ll see exactly what pans out.