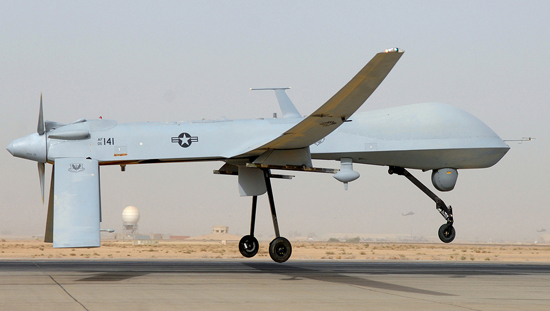 The idea of using an app on the iPhone to aggregate the various unmanned drone strikes that the United States takes part in is kind of impressive. Using the iPhone’s specific ability to push notifications to users when each drone strike happens? Brilliant. That’s what Drones+ does — which isn’t all that dissimilar from traditional news offerings, as it’s the same information presented in a different way. Not according to Apple, though, as they have rejected the app due to the objectionable content found within.

The exact wording from Apple when they rejected Drones+ for a third time is more wordy, but essentially says the same. “We found that your app contains content that many audiences would find objectionable,” their email said to Josh Begley, developer of the app, “which is not in compliance with the App Store Review Guidelines.” It’s not like Begley’s app is pushing images of charred corpses to users.

Apple might just be hedging their bets, as drone strikes and the sheer amount carried out in the name of the United States are a divisive issue. It’s also not the first reason Begley was given, which was that his app didn’t appear to be useful, then something to do with a corporate logo. Given that Apple often errs on the side of caution, and that Begley may not have had the same reviewer each time he submitted, it’s not all that surprising to see varying responses.

Yet, this final objectionable content ruling almost removes the ability for Begley to resubmit. The content, which is so objectionable, makes up the entire purpose and core of the experience. “If the content is found to be objectionable,” says Begley, according to Wired, “and it’s literally just an aggregation of news, I don’t know how to change that.”