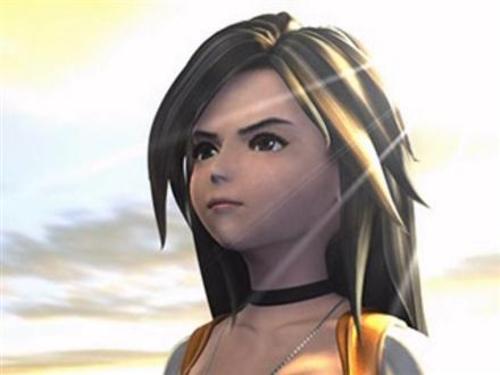 Whenever Garnet, the dark haired heroine from Final Fantasy IX, gracefully galloped across the screen, her perfect ponytail flying behind her, not a strand out of place, I would scoff and ridicule her to no end. I disliked her so much that, when given the chance to rename her, I spitefully typed in “Dippy Doo,” a moniker my twelve-year-old self found uproariously funny. I was in middle school at the time, and for some strange reason, I rejected traditional femininity because I was under the assumption that it was seriously uncool and stupid. I was a follower, and as a result, more willing to conform than stand out.

My rejection of traditional femininity stemmed from my desire for acceptance in the video game crowd, which primarily consisted of young boys as far as I could tell. In games, the traditionally feminine characters were typically cast as damsels and that bothered me on a deeper level than I cared to admit. When Final Fantasy IX’s core group escaped a cursed forest, Steiner, Garnet’s loyal knight, carried her out, because she was unconscious.

He was holding her the way a princess “should” be held: delicately, with one arm under her knees and the other around her back. She was temporarily useless to the party, which aggravated me because she was no different than the cookie cutter damsels I’d seen in other games. She reminded me of a Disney Princess, the epitome of traditional values and femininity. There was even a scene in which she sang to a flock of white doves, the very picture of femininity. I never wanted to be viewed as weak or useless, so I resisted femininity by wearing baggy clothing and cutting my hair short. I willfully turned my back on characters like her.

Later in life, when I learned that we’re trained to visually read symbols of femininity as symbols of weakness, I realized I’d been enormously unfair to Garnet. She absolutely was an empowering character, but I couldn’t see beyond my own personal rejection of traditional femininity. I never understood that a strong, empowered woman could still be traditionally feminine. In one telling scene, a disconnected Garnet, dressed in her royal garb, drops her head and disregards the screeching fireworks whizzing about before her.

The firework cut-scene contrasts with one in which she’s soaring over the crowd in a very purposeful attempt to escape the castle, a scene where genuine happiness is to be had. It’s difficult to miss the gleeful expression on her face as she flies towards an awning, her white robe, a nod to the original white mage costume, flapping in the wind. The latter scene highlights Garnet’s empowerment because she’s the one making the decision to the escape the castle, foiling Zidane’s—the game’s protagonist—plan to kidnap her. She rescues herself by breaking out of the suffocating space that Queen Brahne, her adoptive mother, has fostered.

I refuse to condemn Garnet for relying on others at the beginning of the game, because everyone needs saving every now and then. The rescue scenario only becomes problematic when a character never learns to stand on his or her two feet. Once outside the confines of the castle, Garnet re-establishes her identity on her own terms, and that’s damn empowering. She adopts the name Dagger as a way to rid herself of her royal identity, and later in the game narrative, chops off her hair. Her actions show the ways in which she takes control and exercises her agency, as she rightfully should.

I’ll never again dismiss the importance of Garnet’s summoner heritage or disregard how essential she was in the fight against Bahamut, one of her Eidolons. The moment she fully embraced her powers and natural instincts, she transformed into the ultimate superstar I knew she could be. The summoner is a highly important role in the Final Fantasy universe and one that’s typically assigned to a female identifying character. When Garnet summoned Alexander, an Eidolon her tribe called upon ages ago, her castle transformed into a mechanical beast with enormous wings.

The fortress-like entity showed signs of life as it shifted and sighed, blowing out lines of steam. It was a truly magnificent moment that showcased Garnet’s power and leadership abilities. She stepped up to protect the people of her kingdom, an admirable act. Garnet not only re-defined her identity, she re-defined her home. She battled Bahamut from atop her fairy tale-looking castle, a castle that was made to look even more traditionally feminine in its transformed state with its ivory wings and blue sparkles. The castle stood as a visual representation of traditional femininity and empowering strength.

Lastly, I’ll never hold Garnet’s love for her adoptive mother against her or chastise her for expressing her emotions. Whether she’s beating Zidane’s chest with her fist or crumpling to the ground after Atomos, a vacuum-like Eidolon, devastated Lindblum, a highly populated metropolis, her empathetic nature needs to be recognized and celebrated. Unfortunately, stoicism often equates to being brave and/or strong. For years, I was of the mindset that to be strong, one had to wear a stony expression. A woman can cry her guts out and still be strong and independent. I used to cast Garnet as a weak character, because I believed emotions were a sign of weakness. I couldn’t have been more wrong! Because of her empathetic ways, Garnet’s driven to be the best leader she can be. I used to think Garnet was overly emotional and too attached to others, especially her mother.

I had generalized her ghoulish mother in the same fashion I generalized Garnet. Queen Brahne, who’s clown-like and brutish, is Garnet’s opposite. I read Brahne as someone I’m to dislike and never pity, a villain through and through. However, when Brahne dies on a beach before Garnet, the princess weeps for her, and it’s such a wonderfully humanizing moment. I never understood how Garnet could be emotionally attached to such a cruel and selfish person. Now that I’m older and have experienced a few complicated relationships myself, I see her emotions as a positive thing. She cares for others, and that’s not a bad trait to possess. Garnet is such a strong character, and I’ve never been so glad to be wrong about something.