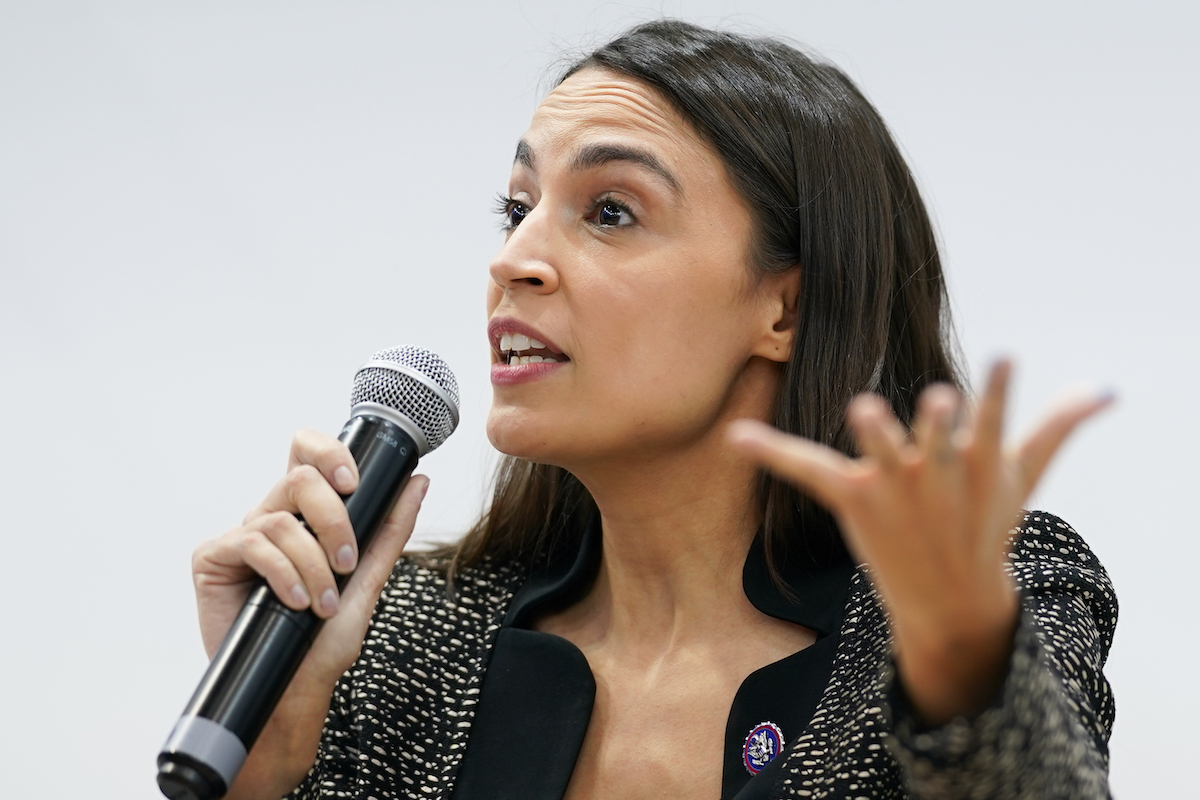 Over the weekend, Republican Rep. Paul Gosar tweeted out a video of the opening credits of the anime show Attack on Titan, edited to depict himself attacking President Joe Biden and killing Rep. Alexandria Ocasio-Cortez. The video also includes real footage of immigrants being rounded up by American border patrol agents. Gosar tweeted the video from both his official and personal accounts, along with the caption, “Any anime fans out there?”

Attack on Titan opening credits parodies are a common meme but this is still a weird and intensely creepy thing for a sitting Congressman to do. As Democratic Rep. Ted Lieu noted in a response tweet, “In any workplace in America, if a coworker made an anime video killing another coworker, that person would be fired.”

This is sick behavior from Rep. Paul Gosar. He tweeted out the video showing him killing Rep. Ocasio-Cortez from both his official account and personal account. In any workplace in America, if a coworker made an anime video killing another coworker, that person would be fired. pic.twitter.com/0ygBfE6bEL

But of course Gosar won’t be fired. If Gosar’s colleagues were interested in censuring him in any way, they probably already would have done so after he tweeted a popular neo-Nazi meme, attended fundraisers with prominent white nationalists, and even appeared as the keynote speaker at a white nationalist convention earlier this year—just to name a few things Gosar has done recently, but there are just so many to choose from.

He also reportedly promised “blanket pardons” to some organizers of the January 6 Capitol riot. Or remember when Rep. Marjorie Taylor Greene compared the House’s COVID-19 mask mandate to the treatment of Jews during the Holocaust, and Gosar advised her via tweet to “never apologize to the left”? (She did apologize.)

Greene is featured in the video, by the way, along with fellow far-right Rep. Lauren Boebert. The two are depicted as fighting alongside Gosar. As of now, neither legislator appears to have commented on the video.

Ocasio-Cortez addressed the video Monday evening after arriving at the UN climate summit in Scotland.

“So while I was en route to Glasgow, a creepy member I work with who fundraises for Neo-Nazi groups shared a fantasy video of him killing me,” she wrote. “And he’ll face no consequences bc @GOPLeader [Kevin McCarthy] cheers him on with excuses.”

“Fun Monday!” she wrote. “Well, back to work bc institutions don’t protect woc.”

It’s incredibly upsetting that Congress is doing nothing to protect Ocasio-Cortez from this kind of harassment coming from her colleague. Even if Gosar is, as she called him in another tweet, “a collection of wet toothpicks,” Rep. Lieu was right that this would be fireable behavior in any other workplace.

This dude is a just a collection of wet toothpicks anyway.

White supremacy is for extremely fragile people &sad men like him, whose self concept relies on the myth that he was born superior because deep down he knows he couldn’t open a pickle jar or read a whole book by himself

Gosar’s digital director, Jessica Lycos, told the Washington Post in a statement that “everyone needs to relax” in regard to the video, as if the entire purpose weren’t clearly just to upset people.

Gosar also tweeted another meme mocking those criticizing the video as melting down. Because apparently expressing a desire that a sitting Congressman with white nationalist ties not tweet anime videos of himself killing his colleague and the President is an overreaction.

For its part, Twitter flagged the video as violating their “hateful conduct” rules but left it up for the “public’s interest.”