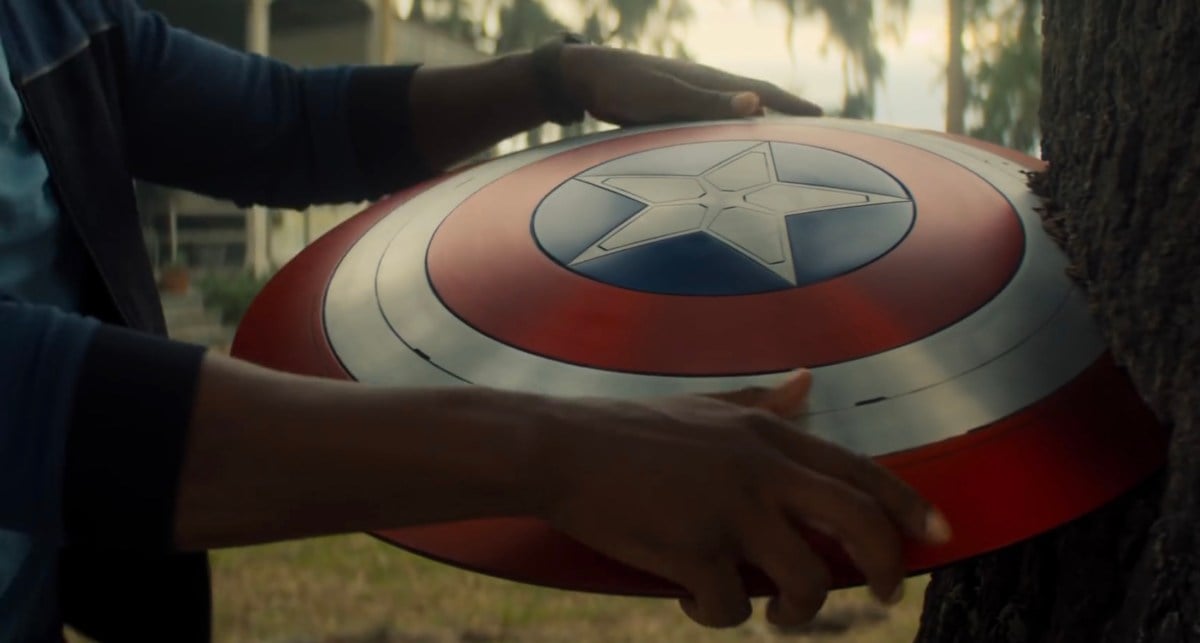 There is an emotional moment in the trailer for The Falcon and the Winter Soldier where Sam Wilson takes Captain America’s shield and throws it for the first time. While we have seen Steve Rogers use the shield as some sort of boomerang, Sam hadn’t taken it on yet. Steve just handed it to him in Avengers: Endgame, and that’s all we saw. But now that Sam Wilson is really taking on the mantle, how does Anthony Mackie feel about it?

In an interview with ComicBook.com’s Brandon Davis, Mackie opened up about the shield throw, and while it seems momentous, he was more concerned with how heavy the shield actually was.

That thing is it’s like 12 pounds. So you’re standing there with 12 pounds on your arm all day after a while your shoulder just gives. So, we have some pretty cool shield throwing sequences.

The thing about playing these iconic heroes is that some of the non-CGI aspects of their characters have to be daunting. Imagine having to carry around a metal arm all day long like Sebastian Stan does as Bucky Barnes. But what I think is amazing about this is that they wanted Mackie to actually throw the shield.

Talked to Anthony Mackie about The Falcon and The Winter Soldier and what it’s like to throw Captain America’s shield! pic.twitter.com/vTjqxXE39A

With the series, though, we’re getting a more in-depth look at both Sam and Bucky, two characters we’ve known for some time but who also have always been part of Steve Rogers’ story. Now that they’re getting their moments to shine on their own? It’s going to be interesting to finally see who Sam Wilson and Bucky Barnes are when they’re not primary players in the Team Cap game.

Mackie continued on in the interview to talk about the action-packed series, and while it’s only a few episodes long, we’re going to get a lot of growth and story out of these two. Personally, as a fan of both Sam and Bucky, I’m just grateful for them both to have arcs separate from Steve.

It’s a huge… I mean, we only have six episodes but it’s a it’s a massive undertaking. It’s a massive project. And we’ve been… it’s a lot. You know, it’s Marvel so the stories there the characters there, but those action set pieces are just as vast.

I can’t wait to see where Falcon and the Winter Soldier takes Sam Wilson and Bucky Barnes. If it’s as action-packed as Mackie said, we’re going to be in for quite the ride, and I couldn’t be more excited.