Ant-Man Contains the First Spider-Man Reference in the MCU, Plus TWO Post-Credits Scenes 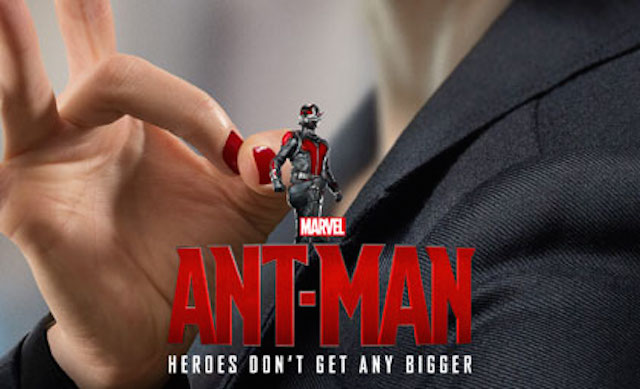 Your friendly, neighborhood Spider-Man isn’t expected to appear on-screen in the MCU until Captain America: Civil War, but now that Marvel and Sony have their deal all worked out, Ant-Man is already laying the groundwork for that and more!

Press screenings have begun for the film, and apparently a Spider-Man reference slipped in there somehow:

If I’m not mistaken, #AntMan contains the first reference to #SpiderMan in the MCU.

But don’t expect much, considering only a “reference” is mentioned, and Tom Holland was only just announced as the actor who’ll take on the role of the webhead. You can expect other great teases of things to come after the credits, as another journalist tweeted there are two post-credits scenes you’ll really want to stick around for, according to i09. And word is that they’re pretty exciting:

Recent Marvel credit scenes have been kind of minor, but ANT-MAN has two (mid-credits and at the very end) that, unlike its hero, are huge.

But that’s all in the future, and the more pressing question is, “Does Ant-Man stand on its own (six, tiny) legs?” Full reviews are still likely under embargo, as the movie won’t hit screens until July 17, but early reactions seeping out onto Twitter have been positive, says Collider. Until reviews are allowed out into the wild, the new Japanese trailer gives a decent look at how the plot unfolds: