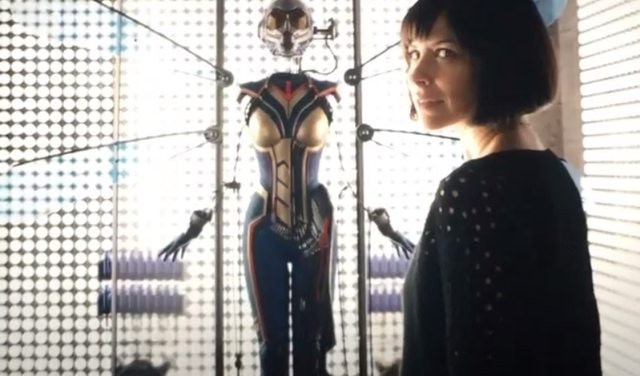 We were pretty disappointed that Evangeline Lilly’s Hope Van Dyne was needlessly sidelined in Ant-Man in favor of making another movie about a male superhero. Despite our dismay over the Captain Marvel movie’s repeated delays, we’re glad to see the Wasp finally get to do her thing—and get acknowledged in the sequel’s title—and so is director Peyton Reed.

In an interview with Yahoo News, Reed mentioned the regrettable pushback (again) of Captain Marvel to make room for the Ant-Man sequel and said that was part of the reason he wanted Wasp to make her way into the title. You know, aside from the fact that she totally deserves to be mentioned in the title of her own movie, so this conceit is already kind of a consolation prize.

But Reed is legitimately excited about Wasp finally spreading her wings—literally and figuratively— as he told Yahoo about her role in the sequel,

It just happened to be organic for the characters of Ant-Man and Wasp, [so] it worked. Her last line in the movie—”It’s about damn time”—[is] very much about her specific character and arc in that movie, but it is absolutely about a larger thing. It’s about damn time: We’re going to have a fully realized, very very complicated hero in the next movie who happens to be a woman.

That’s great to hear, because a frequent source of confusion over the desire for “strong female characters” is in thinking it means literally strong, both physically and in being overwhelmingly positive in attitude and portrayal, instead of thinking that the writing of the character should be “strong,” meaning complex and nuanced instead of one-dimensional. If that’s what Reed is planning to bring to the first female hero to (co) headline a Marvel movie, sign us up.