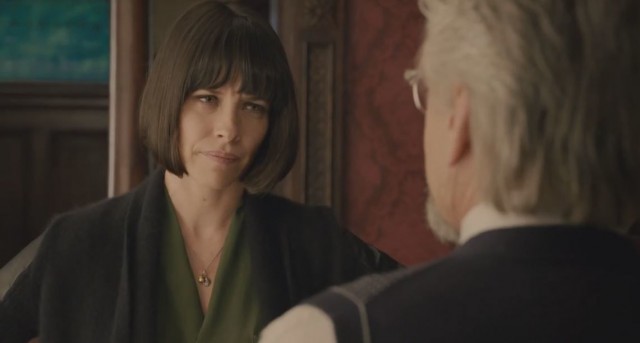 By now, I’m sure that the majority of my fellow Marvel aficionados have already gone and seen the studio’s latest film, Ant-Man. I’m sure many of you walked away similarly to myself: disappointed and a little annoyed, although I’m sure there’s enough people who enjoyed it to balance it out.

There is some charm to Ant-Man, largely when it focuses on Scott Lang’s (Paul Rudd) home life and family struggles, and the fight sequences are often clever. However, my biggest gripe with the film, above and beyond its lack of personality, meandering pace, and our hero never actually moving beyond “Paul Rudd in a superhero suit,” was the way the movie had to bend over backwards to make it so that Evangeline Lilly’s character, Hope Van Dyne, wasn’t the film’s main hero.

I’ve donned some fan-blinders when it comes to Marvel it would seem, because I’m into their films (and awesome shows like Daredevil and Agent Carter). I love the escapism they provide and the characters that inhabit the worlds and their struggles. I can forgive a cinematic universe that takes a very similar origin story template for each of its films that debut a character. I’ve rolled my eyes over the abundance of MacGuffins in the universe, but that’s hardly deterred my enjoyment. I’ve even gone as far as to champion the notion that characters such as Pepper Potts in Iron Man 3 got to ultimately save the day, and I keep holding out hope that the studio will hire a female director.

However, over time I’ve had a harder and harder time being able to simply enjoy everything that Marvel does, much to my chagrin. While I enjoyed Avengers: Age of Ultron more than most, I still couldn’t help be rubbed the wrong way that Black Widow’s main storyline was a romantic one. Daredevil is one of my favorite shows of the year so far, but there’s no denying that Karen (Deborah Ann Woll) got the short end of the stick in terms of character development. Even Agent Carter faced some criticism over its lack of diversity (which will hopefully be fixed come season two). Now, with the whitewashing in the upcoming Doctor Strange with Tilda Swinton playing The Ancient One and the Ant-Man blunder of sidelining Hope Van Dyne, it’s come to the point where it’s hard to simply sit back and enjoy.

My issues with Ant-Man and Hope’s character stem largely from the fact that I’ve found this film completely pointless since its announcement. Whatever interest I had went out the window once Edgar Wright departed the project (kicking a dead horse, yeah I know). I, like many I’m sure, couldn’t help but wonder why the hell we were getting an Ant-Man storyline before we got a standalone Black Widow film? Why, after Scarlett Johansson’s Lucy dominated at the box-office, is she not getting a Marvel film to star in and instead continues to play the supporting part? Ant-Man should have been introduced in the same manner that Mark Ruffalo’s Bruce Banner, Scarlet Witch, and Quicksilver were: thrust into the action in one of the bigger ensemble films. The intrigue in Scott’s character isn’t in Ant-Man himself, but in the idea of seeing Rudd interact with the larger cast as a whole.

I was willing to once again don my fan-blinders and see the film and hope that I, at the very least, enjoyed it. Instead, I walked away not only believing that it was the least re-watchable out of all the Marvel films (yes, including Iron Man 2) but also grievously annoyed with how Hope’s character was diminished.

There is absolutely no reason why she shouldn’t have been the hero of the story. She’s relegated to being mad at her father and to training Scott, who in reality, has no real reason in being Ant-Man in this narrative aside from the fact that the larger narrative in the Marvel cinematic universe needs him to be. Hope is skilled in fighting, wildly intelligent and knows the lay of the company they will be infiltrating, and she continuously tells her father that she should be the one putting on the suit. In fear of spoiling any of you who haven’t yet seen the film, I won’t say why she’s turned down, but it’s ridiculous and convoluted. She also wouldn’t have required any of the training that Scott does. 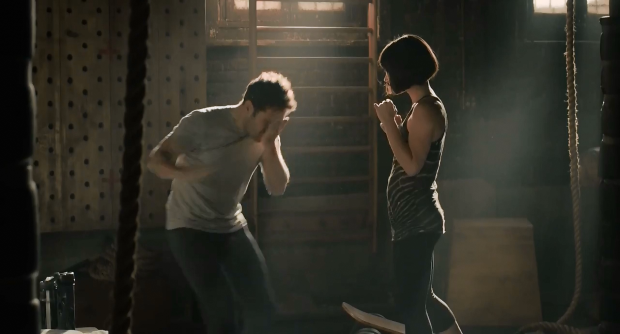 If they had to do a Ant-Man film, why not simply make it about both him and the Wasp? Both are founders of The Avengers (well, in this universe they would be at least, and since comic book version of Hank Pym is an asshat, let’s all be happy about this), both contribute to the world-building at large, so why—beyond the outdated and damaging “female protagonists don’t sell movies” garbage—was the most interesting hero in the film underwritten and underserved?

I’m naive in the sense that I hope that Kevin Feige is aware of the large demographic that’s feeling jilted by Marvel’s lack of representation. He’s savvy and has built a world of characters and films unlike most of what we’ve seen in cinema storytelling before (which is apparent in every studio’s need to piggyback on their success). So I hope that he sees the need in moving forward and the need for representation in film and starts fostering the creation of films where female characters get to do more than be shuffled to the sidelines.

There’s a reason why fans have latched on to Peggy Carter (and the wonderful Hayley Atwell) so strongly—here is a character we want to see who is a female superhero in her own right. We need more of her; we need characters like Black Panther to get films before Doctor Strange and the 12th (or wherever we’re at) Spider-Man where it’s Peter Parker, again, as a whiny teenager.

Ant-Man was just one bump in the road in a continuous cycle of female characters being shafted for the stories of men. The newest (UGH) Spider-Man adaption has pushed back our only upcoming Marvel movie with a female lead, Captain Marvel, and while Feige has mentioned as of late that the studio has done a good job with portraying strong, independent women, Ant-Man still killed Janet’s version of the Wasp for the sake of Hank Pyms characterization.

Hope was the hero I would have been interested in seeing. Scott isn’t a bad character and Paul Rudd is as charming as they come, but he as a character brings nothing new to the table, instead feeling like recycled bits and pieces of other characters and other stories. Hope would have been new, she would have felt fresh, and in the long run, it would have made a hell of lot more sense in terms of plain and simple storytelling.