Anonymous May Block Obama’s State of the Union Address Tonight 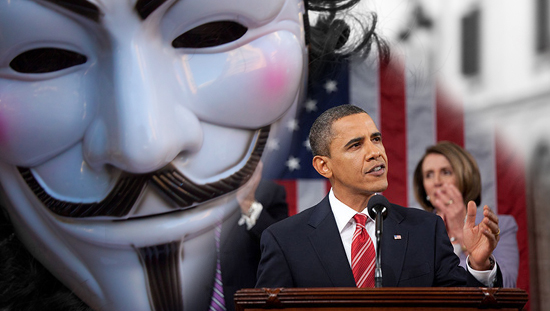 Which are you more afraid of: Internet anarchists or Big Brother? Tonight, the live Internet feed of President Obama’s State of the Union address may just get blocked by Anonymous, who’ve declared they would do so. Check the Internet tonight at 9PM Eastern Standard Time to find out if it really happens, but read on to find out why.

On one side we have President Obama, who is expected to lay down an executive order tomorrow regarding cybersecurity. Then there’s talk of reintroducing the Cyber Intelligence Sharing and Information Act. More commonly known as CISPA, the controversial bill — which was defeated last year — would grant intelligence agencies, private companies, and the Department of Homeland Security the right to share information about cyber threats with one another to better defend against them. Of course, this leads to the fear that the bill also allow the government to spy on us all through cyberspace. Best case scenario: safer Internet for everyone. Worse case scenario: Big Brother would be watching from the Internet.

Then there’s Anonymous, the nebulous “hactivist” group often associated with creepy Guy Fawkes masks, the perfect symbol for masked anarchy. Known for their cyberattacks and their opposition to Internet censorship and surveillance, Anonymous has declared their intent to President Obama via Anon Relations:

At 9PM Eastern Standard Time, February 13, 2013 President Obama has planned to address a joint session of Congress to deliver the State of the Union Address. The following day, President Obama will be introducing an executive order, purportedly aimed at bolstering U.S. cyber-security, after repeated failed attempts to pass legislation through Congress.

Anonymous has reached a verdict of NO CONFIDENCE in this executive order and the plans to reintroduce the CISPA bill to Congress on the same day. As such, President Obama and the State of the Union Address will be BANISHED from the Internet for the duration of live delivery.

So as not to infringe upon the President’s free speech, subsequent broadcasts will be allowed to pass unhindered.

This action is being taken to underline a fact that appears to be sorely unrecognized by the Obama Administration — that the Internet is a sovereign territory, and does not fall under the jurisdiction of any nation state.

Banished? I have to say, I love the passion of Anonymous’s choice of words, which you can read in full here. You should still be able to watch the State of the Union Address — if you’re into that sort of thing — on TV. But why not go online at 9pm and see what happens?

This is a complex issue, to be sure. Could the President’s forthcoming cybersecurity be so bad? Will his administration, or those working with it, really channel George Orwell’s fears? And as alleged anarchists go, Anonymous seems rather polite about their defiance. They’ll allow “subsequent broadcasts to pass unhindered.” So they’re just trying to make a statement.

It’s not like they’re Agents from The Matrix hacking into our very brains. You know, like Hugo Weaving’s Agent Smith. 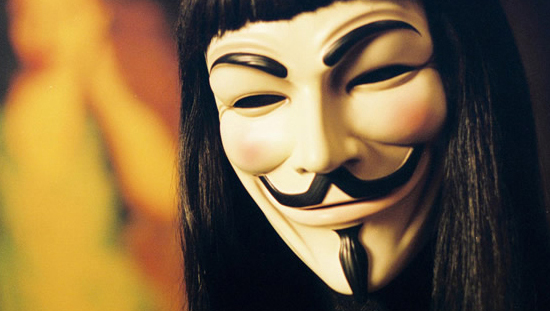