Anonymous Claims to Have Taken Down the CIA’s Website 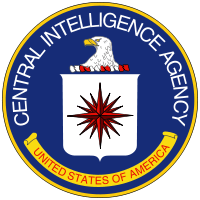 The CIA’s website is definitely down as of the writing of this post, and Anonymous is claiming responsibility. Given their previous track record, it’s pretty safe to assume that this is exactly what it looks like. During their last frenzy after the MegaUpload takedown, Anonymous claimed to have taken down a slew of other high profile targets, including the DOJ, MPAA, RIAA, and FBI websites, an attack on the CIA homepage would round out that list nicely. Granted, it’s just a DDoS attack, not a more serious breach of security like a leaked phone call or anything, but it’s still got to sting a bit if you’re the CIA.