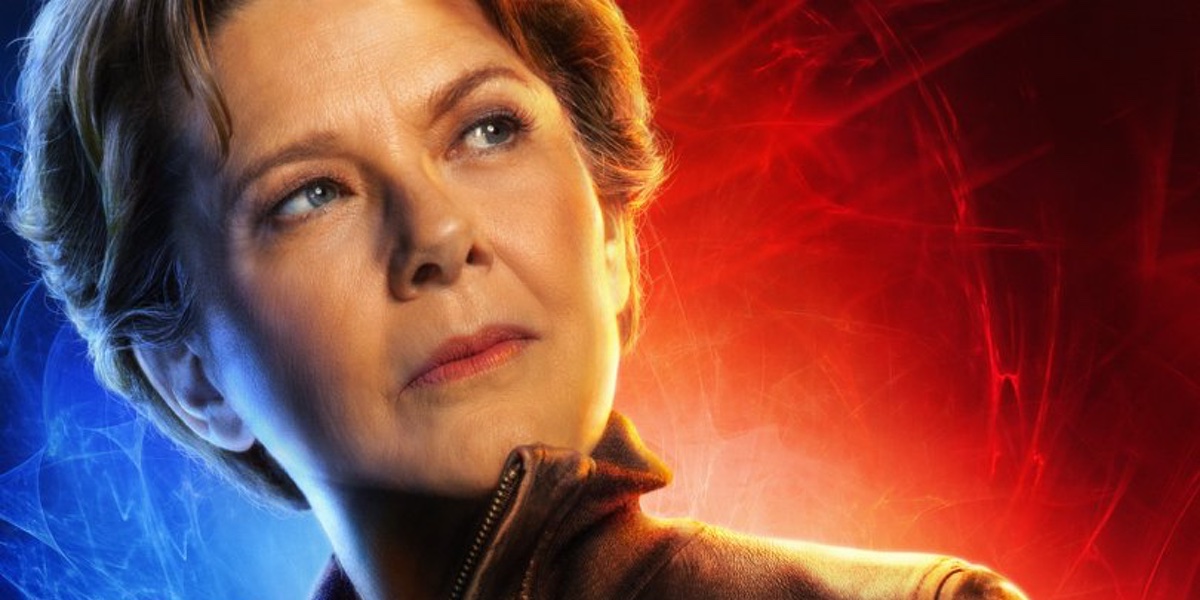 At least one of Captain Marvel’s mysteries has been solved at last. During an appearance on The Late Show with Stephen Colbert, Annette Bening revealed that yes, she is playing the Supreme Intelligence. Sites had theorized that that this was who Bening was playing, but unlike Jude Law’s mysterious role, we’re getting confirmation prior to the film’s release that this is what the role is.

Bening describes her character as being “a godlike entity, the leader of the Kree people, the artificial intelligence which consists of the greatest intellects of the Kree people for the last million years.” You can watch Bening’s appearance below.

I find the choice of Bening to be an interesting one for the film, given the usual portrayal of the Supreme Intelligence. While a Wizard of Oz-esque giant floating head was probably never on the table, the original Supreme Intelligence didn’t appear to be identified as female. To cast Bening in the role of the most powerful Kree leader, especially given what the Intelligence gets up to in the comics, is a smart move that really fits in with the idea of the women in power in the film. Women can be evil too!

Bening says that she had to ask her children to explain the story of Captain Marvel to her because parts of the film’s story were not quite clear to her. She also says “and there’s more” when she’s done summarizing who the Supreme Intelligence is. Whether this means it’s because of comics lore or something that happens in another MCU film remains to be seen. I think we can all safely assume that there is something going on with Bening’s character.

I’ve always assumed that when Carol says “I’m not going to fight your war, I’m going to end it” in the trailer, she was talking to Jude Law’s character. Now, I wonder if Bening is the one who Carol delivers that knock-out to.

Do you have any theories? Let us know in the comments section if you’re excited to see Bening enter the MCU.