Anne Rice Is Ready To Write About The Vampire Lestat Again, And There Was Much Rejoicing 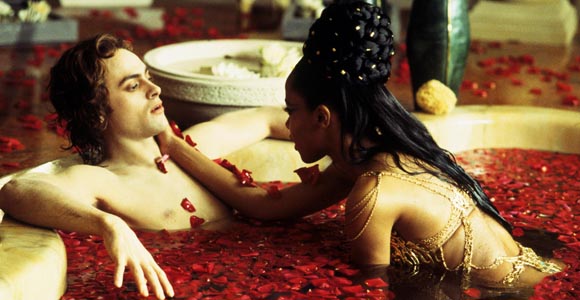 Have you missed Lestat de Lioncourt? No? Well too bad. Anne Rice is writing another book about him.

I’ll be honest, I read far more of Rice’s The Vampire Chronicles than I probably should have. Memnoch the Devil was the last one I could bare. There’s been five more.

My opinions on the novels aside, there’s an audience. And as a result, Rice recently announced Prince Lestat. The big reveal came on an internet radio show her son Christopher Rice and author Eric Shaw Quinn host called The Dinner Party Show. Rice said:

The last time I kept a secret this long, it was my own sexuality and I wound up with a bunch of unhappy girlfriends…Seriously, we we’re planning this announcement for almost a year and I’m thrilled that it came off as well as it did. And I think PRINCE LESTAT is magnificent, juicy, sprawling, delicious novel and I can’t wait for it to land before the public…It is all about Lestat and all about the vampires, and what they are doing right now, how they are coming to terms with everything that’s happened to them, how Lestat is dealing with the demand from all side that he steps forward and becomes some sort of leader of the tribe.

Prince Lestat is set to be a direct sequel of Queen of the Damned and will be released October 28, 2014. Rice wrote on her Facebook page:

I must confess I’m amazed at the response to this news. I hoped people would be interested, that readers would be happy that the Brat Prince was coming back. But I never expected THIS response from so many news outlets and blogs as we’ve seen today. I’m grateful. So grateful. And so relieved to able to speak freely about Lestat being here again, pestering me relentlessly, to tell his stories.