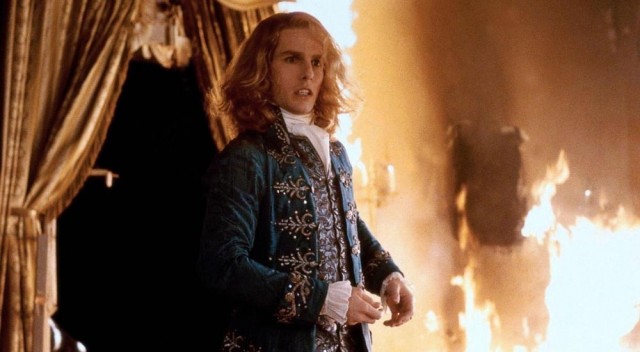 Fans of Anne Rice’s Vampire Chronicles books have apparently been quietly campaigning for the series to be adapted for television–and the author herself says she’s personally working on making that happen.

In a post to her Facebook page yesterday afternoon, Rice said that ownership of any theatrical rights have now reverted back to her. Universal Studios and Imagine Entertainment had originally owned the movie rights to the series, but according to Rice herself, “television is where the vampires belong.” The characters of the Vampire Chronicles books had previously appeared in 1994’s Interview with the Vampire and 2002’s Queen of the Damned. Rice cited the growing success of the TV medium as one of her motivations for moving forward with a new adaptation. “A television series of the highest quality is now my dream for Lestat, Louis, Armand, Marius and the entire tribe. In this the new Golden Age of television, such a series is the way to let the entire story of the vampires unfold.”

Rice confirmed that she and her son, Christopher Rice, will serve as executive producers and start “developing a pilot script and a detailed outline for an open ended series” which will likely begin with the events of the novel The Vampire Lestat before proceeding through the other books.

The Vampire Chronicles author also invoked the name of another popular series adaptation in her promise to fans, saying that many of them had been requesting “a Game of Thrones-style faithful rendering of this material.” Well, it sounds like Rice is more than happy to oblige Vampire Chronicles devotees as the project moves forward.