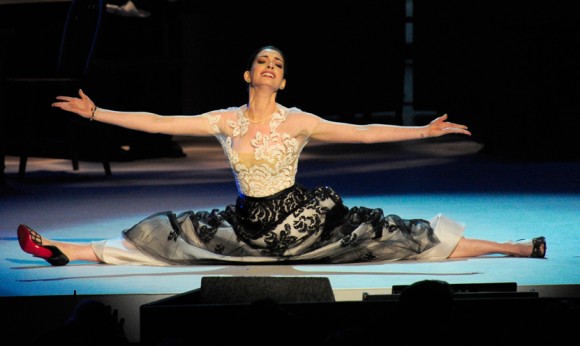 Very Nice Famous Person Anne Hathaway wanted to do something special for her The Devil Wear Prada costar, Meryl Streep, who was being honored at the 34th Annual Kennedy Center Honors last night. So, she did that. That gymnastical feat you see above. While singing “She’s Me Pal,” a feminized version of the song Streep sang to Jack Nicholson in Ironweed. See the number after the jump, and be reminded of why you like Anne Hathaway, Meryl Streep, and also A League of Their Own.

And seriously, guys, remember this? A League of Their Own won’t stop running on AMC, and I am totally fine with that.

(The Huffington Post via Flavorwire, video via The Daily Beast)