Finally They’re Opening Up the Gates: Unlicensed Frozen App Anna Giving Birth Is Exactly What it Sounds Like

C-sections are hard to animate. 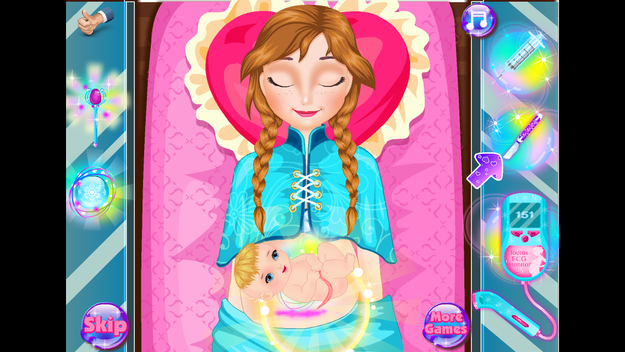 Love is an open abdomen!

Anna Giving Birth is an unlicensed Frozen app designed by Oleg Vinogorodov in which players are called upon to assist Princess Anna of Arendelle with a complicated delivery:

Anna got married and she was pregnant in the spring. Now nine months had elapsed, and it’s time to give birth to a baby. Anna needs a very experienced doctor to help her deliver her baby. Let’s come to help her!

As Buzzfeed’s meticulously documented playthrough reveals, users are prompted to freeze Anna’s pregnant belly, create an incision in her uterus with a glittery purple scalpel, wait until a glowing orb emerges and transforms into a human, then cut the newborn’s umbilical cord. Lot to parse there. 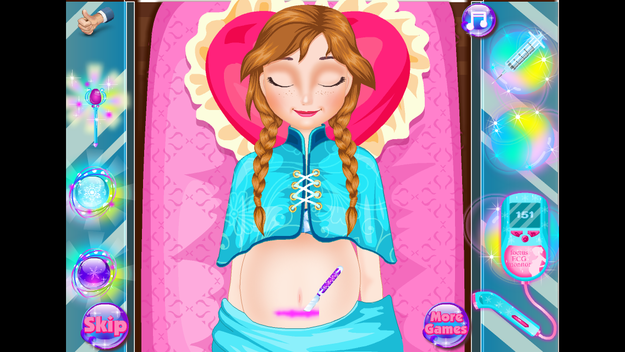 Oh, look at that. I’ve been impaled. And a Frozen brain surgery browser game in which players use a carrot as a scalpel:

What a time to be alive!