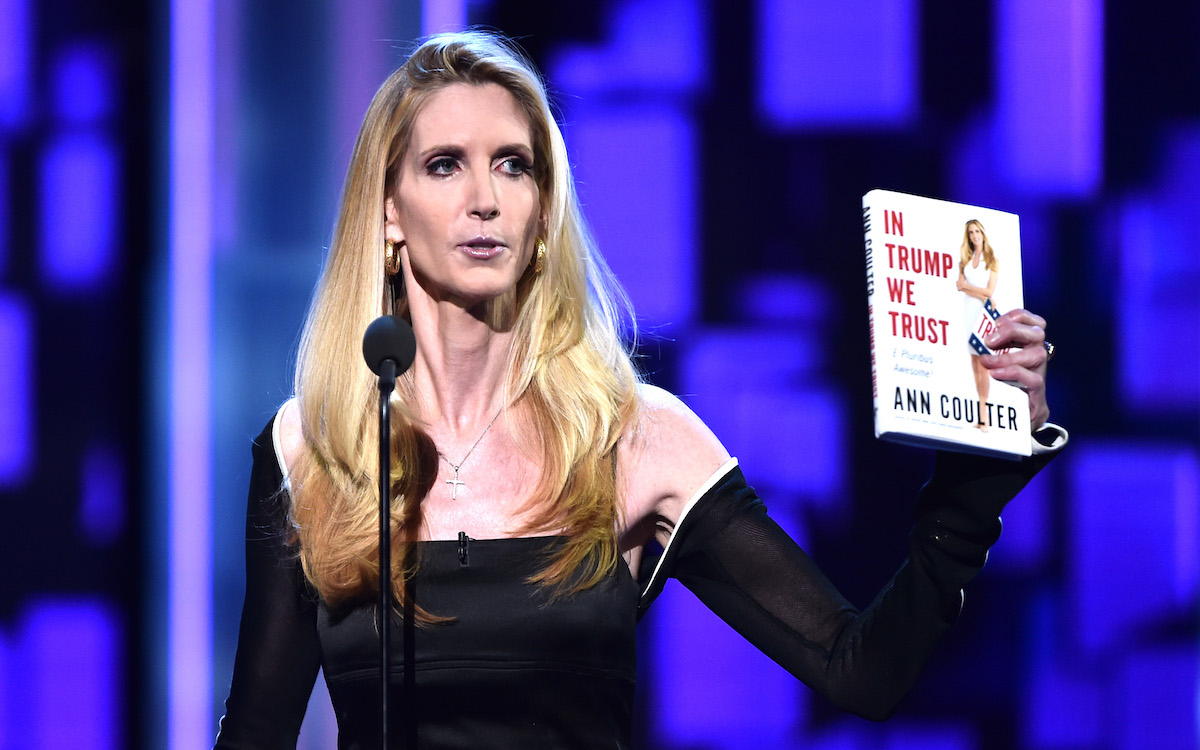 I never thought it would be possible to agree with Ann Coulter about anything. The woman has built her career on being a telegenic racist troll. For just a tiny representative sample of her horribleness: She’s called liberals “demonic;” after September 11, she said “We should invade [Muslim] countries, kill their leaders and convert them to Christianity”; she’s said that “Americans should fear immigrants more than ISIS,” and believes Mexican culture to be “deficient.”

Until recently, she was also a giant fan of Donald Trump. She even wrote an entire book titled In Trump We Trust: E Pluribus Awesome!, in which she compared him to an archetypically wise Shakespearean fool—the kind of character who “seems crass because he speaks the truth.”

Lately, though, she’s been a vocal critic of Trump, and today, she called his decision to declare a national emergency in order to get funding for his border wall exactly what it is: an attempt to convince his base that he’s doing everything he can to stop the nonexistent crisis at the border, all while not actually doing anything at all, but still putting himself in a position to be able to blame Democrats for his effectualness.

No, the goal of a national emergency is for Trump to scam the stupidest people in his base for 2 more years. https://t.co/6DQSkqxV8h

It feels really gross to agree with something Ann Coulter says.

The year is 2019. Kenny G is serenading Kim Kardashian, Lady Gaga is up for an Oscar, and I’m agreeing with Ann Coulter. pic.twitter.com/4068aun30d

I hate it when Ann Coulter is right. https://t.co/Rs5zAZnVdN

It is a strange feeling.

Of course, we don’t really agree with Coulter because her problem with Trump and his national emergency is that it’s not racist enough.

The goal is to get Trump’s stupidest voters to say “HE’S FIGHTING!” No he’s not. If he signs this bill, it’s over. https://t.co/6DQSkqxV8h

The woman who said she would “walk across glass for” Trump after he gave his infamous speech calling Mexican immigrants “rapists” is now mad at Trump because he hasn’t yet built the wall he promised he would.

“Ann Coulter, I don’t know her. I hardly know her. I haven’t spoken to her in way over a year,” he said when asked about the influence she and other conservative media figures have over him.

.@PressSec *goes in* on Ann Coulter on Fox News: “I don’t think Ann Coulter has any influence over anything. I just don’t see her as being an influential voice in this country, and certainly not one in this building.” pic.twitter.com/5vJ8WAXzNw

Last month, Coulter claimed to have enormous influence over Trump and his policies.

“I’ve been advising the president whether on Twitter, in columns, or in private conversations you’re not allowed to know about, since Election Day.”

Here’s Awful Ann Coulter telling @vicenews tonight she does in fact have the president’s ear on immigration. pic.twitter.com/gBItcHWvbO

But Trump is now denying that, saying that Coulter is “off the reservation,” because the man doesn’t know how not to be racist.

Which I suppose is something he and Coulter still have in common.