Remember Those Haunting Animorphs Covers? Here’s How the Illustrator Made Those 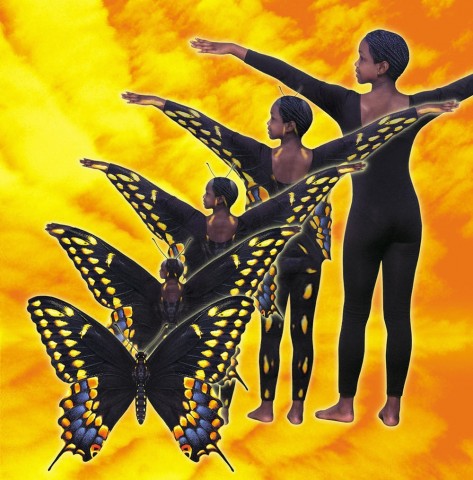 These old Animorphs covers represent the graphic design capabilities of the era — and those spooky effects have made those illustrations memorable to this day. Vice interviewed illustrator David Mattingly, the artist behind these iconic images, about the process he used to create these covers. I barely understand his explanation, but it sounds fascinating nonetheless:

It was a weird story: I had bought a computer in 1993, and I was one of the first illustrators to switch to the computer. [Scholastic art director Dave Tomasino] knew that. The first three Animorphs books were done by another artist, but Scholastic wasn’t happy with that artwork. They knew that they wanted someone to do morphing, so Dave called me up and he said, “We heard that you knew how to do morphing.” I’d actually never done any morphing at all, and I thought, “What the hell?”

Very weird indeed! Mattingly went on to do covers for the Everworld books as well, which is another series by Animorphs author Katherine Alice Applegate. Many of the Everworld covers, such as this one, still have Mattingly’s characteristic haunting style — but his Animorphs work is probably his best-known.

Mattingly concluded his interview by sharing some of his own progressive opinions about science fiction and art. When asked about artistic styles that don’t interest him, he replied, “I’ve never been known as a ‘beautiful woman’ artist—listen, if you can paint a beautiful, busty woman, you’re going to stay employed for the rest of your life.” Mattingly went on to emphasize that he believes that this can and will change:

Science fiction has definitely opened up much more. There’s black writers, and black visions, and female protagonists, but 30 years ago science fiction was just largely white male-dominated stuff … It’s like, come on, we live in an era where we’re dealing with important issues of race rights and transsexual rights, and those are incredibly important issues.

Mattingly concluded his interview by expressing his belief that people (especially children) might not read as much as they used to. I’m not sure that’s true — ever since I put the Kindle app on my phone, I’ve been reading more than ever before. I think a good book can still capture a kid’s imagination, too, and if it has a totally sweet cover? That can’t hurt.