Which Anime Characters Are Showing up to Thanksgiving Unannounced, Eating the Food, and Making Too Many Take Home Plates?

Y'all could've at least called before you showed up! 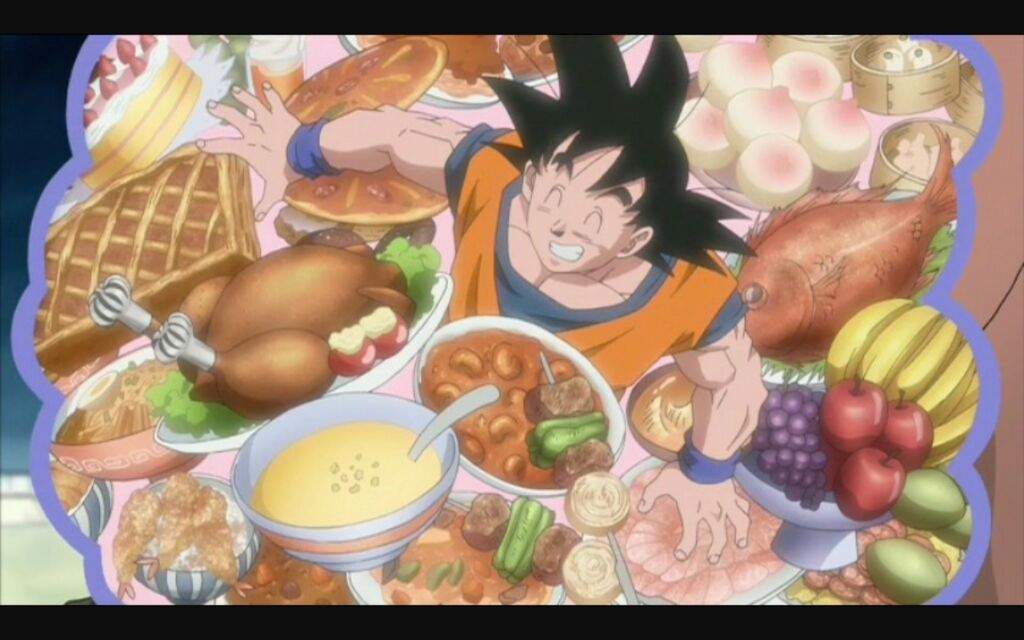 Listen. We all have that person who randomly shows up at Thanksgiving, the one who tells you they might show up but they don’t know for sure. Despite giving no warning of their planned arrival, they manage to show up just in time for dinner! They’re probably the last person there and, when dinner is done, they arm themselves with paper plates and aluminum foil so they can take food home. Oh, and you’re probably just one of the many stops they have planned for the evening, and they’re gonna eat at EACH house they go to.

Shout out to my cousin who would do this. I think my house was the second or third stop?

Anyway, I wondered what anime characters would do the same thing. This one’s for you, cuz!

I feel like the only reason why he wouldn’t warn you ahead of time is because he might be in the middle of a battle or another tournament. Trust me. He wants to come and eat. I can’t even say he won’t make it because he dies, he’d find a way to make it out to the house for Thanksgiving. He’s gonna negotiate with whatever god he has to in order to get a free pass back to Earth. Now look. This dude is gonna eat ALL of the food. Just accept that. But I feel like his friends are used to him so they’d make an overabundant amount to cover for his appetite.

The only reason I didn’t add Vegeta and Gohan is because they have more manners than Goku. If they get into it with a world-dominating villain they won’t put extra pressure on someone to accommodate them for dinner. Goku would insist that it’s ok, though, and then this will happen:

They’re gonna be at the table looking like this:

These space cowboys are the epitome of cool… and broke, and borderline HANGRY. Take comfort in the fact that they won’t be picky eaters. If they show up so late that all the food is packed away they’ll still appreciate the meal. Hell, they might even eat Karen’s potato salad, or whatever dish got brought that no one ate because “wow, I’m so full.” You can also get them to do a bounty for you, too, if you’re in need of those kinds of services. If not, just ask them to do the dishes.

Hopefully, not in her giant form, but if you live on a narrow ass block she won’t be able to get to you. This heroine is, most definitely, showing up unannounced. Hell, she might not know anyone at the dinner, she’ll just use her hero rank (and looks) to try and get herself a plate. At several different houses. We saw how she got that free food at the sports festival, the holiday season is the perfect time to take advantage. On the plus side, she could probably convince a teenage boy or two to do all the cleaning.

You don’t get to just show up after—

Hold up, are you fixing a plate?

Are you sitting down and getting comfortable??

ARE YOU LEAVING AGAIN???

Sigh, guess we’ll see you again at Christmas. Safe journeys on that redemption arc. That’s better than that quest for power to kill your brother, right?

Even as an anime-only fan (for now, I’ll get to the manga eventually) I can tell that this man screams chaotic energy. He is DEFINITELY showing up at your house, uninvited, and will probably be the first to leave because he’s got other plans. Maybe he’ll tell you he’s riding in with someone and that person shows up alone. Maybe he’ll tell a relative the wrong time just so he can show up before them. Who knows what he’ll do, but he’s gonna smile while he does it. At least he’ll let you borrow his movies to binge the next day.

While we’re at it I’m gonna put this dude on this list, too. You KNOW Sukuna’s gonna interrupt thanksgiving and be delightfully rude about it. Like. There should be a chair at the head of the table just for him whether he comes or not.

This is slightly better than crashing through the window and eating something you shouldn’t have, right?

So here’s the deal. If you don’t invite him he’s gonna show up anyway. If you DO invite him he’s gonna be upset about the kind gesture … but show up anyway. Basically what I’m saying is he’s a disaster and you’ll have to deal with him no matter what. And if there’s someone he’s at odds with he’ll make it his mission to eat the stuff they want before they can just to attempt to irritate them. Does he like the food? Is he still hungry? Is he chasing someone around the table with a sword?

Kambe is coming over unannounced because him being there depends on whether or not he’s at odds with his family. If he is, he’s gonna show up, he’s gonna complain, and he’s gonna judge the quality of food right in front of your face. Best of luck to you.

It doesn’t matter if she wasn’t invited. It doesn’t even matter if she doesn’t know where you live. If she wants to be there, she’s getting there. Period. At least she’ll be polite about it? She’ll be real courteous to your family the entire evening and will probably be one of the few in the history of Thanksgiving to volunteer to help with the dishes.

Much like Sasuke, this is the guy you haven’t seen in a while, and when he comes around there’s gonna be drama. This is definitely the relative that gets whispered about and he knows it, so he shows up late and just takes a seat. I feel bad for the one who tries to make peace between him and whoever he’s got beef with, then again, a good homecooked meal has been known to do miraculous things.

Not only are they showing up unannounced, but they’re also making a speech as soon as they come through the door. These are those cousins that your mom tells you to just… be nice to, ok? Their pazazz is a quirky trait that the family has just come to accept so let them do their thing and eat. Oh, and grandma’s making plates for them. They need the nourishment, Lord help them they need the nourishment.

What other anime characters are crashing the festivities? Is there anyone you want to come interrupt Thanksgiving? Anyone you don’t?

Anyone who wouldn’t give you a choice?