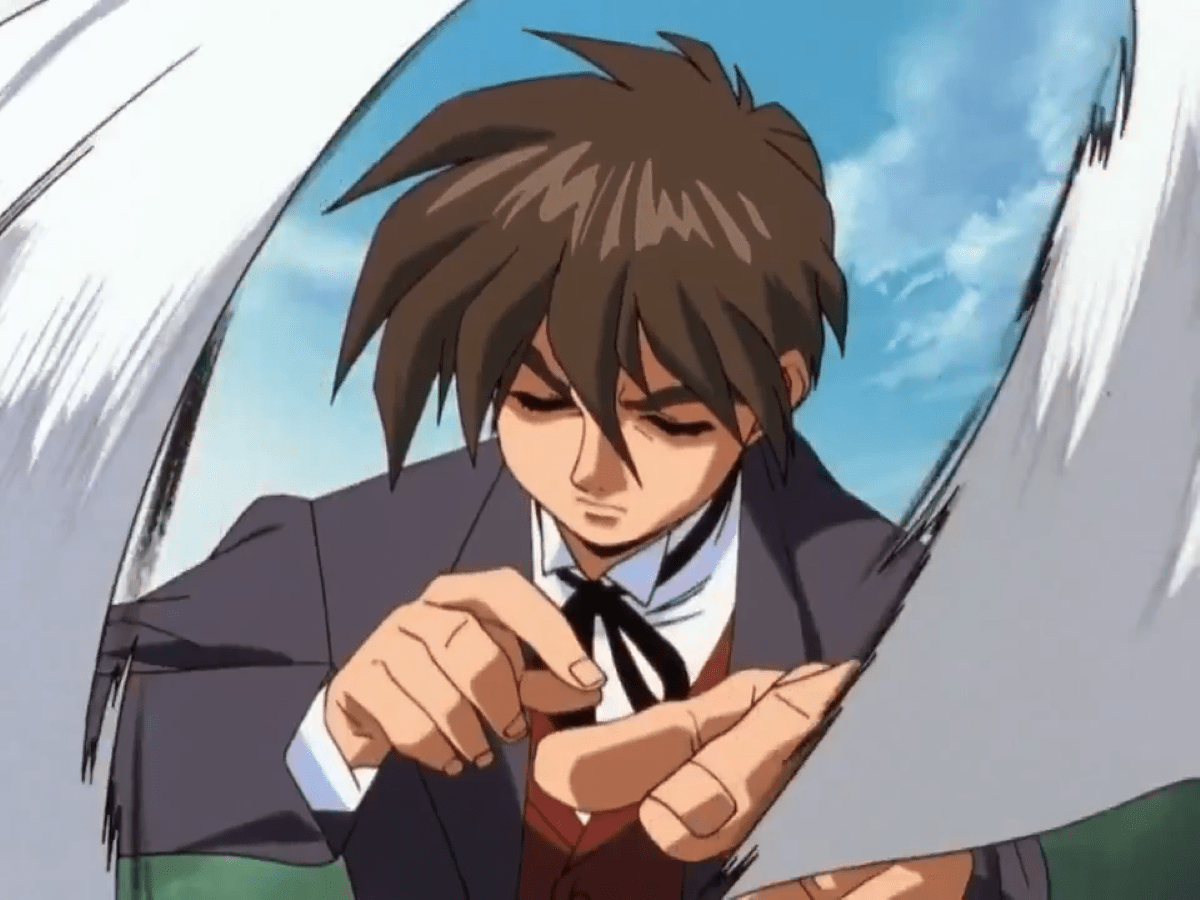 I’m currently in the middle of watching Card Captor Sakura in its entirety for the first time. A lot of my anime buds were surprised that I hadn’t seen it before, but, y’all, can I tell you a secret?

I have seen it before.

But it had a different name.

Honestly, this opening kinda slaps. Unfortunately, nearly half the series was cut and rearranged in a way that didn’t appeal to me. The first episode that aired was when Syaoran Li appears, immediately setting up this rival narrative without the seven other episodes that establish Sakura as the series lead who’d already collected cards on her own. And, real talk? Starting the series with this boy who harasses the lead girl because he thinks she’s not good enough to be a Cardcaptor did not sit well with me.

Ironically, this was done to give the series a more action-oriented focus when, in reality, everyone would’ve been cool with what it actually is: a magical girl story with many feel-good moments, a lot of heart, and plenty of action in its own right. I never got around to tracking down the original. Anime was harder to get a hold of back then and it was hella expensive when you did find it (shout out to my Dragon Ball Z VHS tapes at $30 a pop for 3 episodes), so now I’m watching it on Netflix and getting what I should’ve gotten years ago.

But that doesn’t mean I hate all of those anime edits from back in the day. In fact, I’m quite fond of some of them. Whether out of the unintentional charm of the edit or the hilariously bad direction it went in these are the ones that have stuck with me.

It’s interesting that companies had such an aversion to death in anime when we were the generation of Disney kids who watched Mufasa die (spoiler, I guess). I suppose it’s because it was animation from outside the U.S. and our parents already had some wild assumptions about it.

In hindsight, I get why, considering some of the anime that aired. I stayed up late to watch Wicked City and that is NOT the anime for a kid to watch, what with its heavy violence, several monstrous sex scenes, and straight-up rape. It certainly didn’t help that the Sci-Fi Channel (now SyFy) had its HARDCORE ANIME POWER HOUR SHIELD THE KID’S EYES block, so when anime started showing up on kid-friendly stations … no one died. Like. Ever. They got sent to “another dimension” or went to a “peace conference,” but my all-time favorite “walking on shells” representation of death comes from Voltron. Sven is mortally wounded, laid out on the ground, and clearly dying … but he’ll be fine if they can just get him to the hospital fast enough. I can’t even with Lance’s casual, “You hurt bad, Sven?”

Sailor Moon may go down in history as one of the most edited anime series to ever air in the U.S. That might sound like an over-exaggeration, but we got name changes, gender and sexuality changes, and some space hospital action when the scouts were literally slaughtered in battle. It’s not just the fact that these edits were made, it’s the lengths they went through to make them.

Airbrushing breasts so M/M relationships/attraction was het, then there’s the infamous COUSINS without actually removing the obvious romantic chemistry between them. Even in this scene here, Michelle (Michiru/Sailor Neptune) reminiscences about her first kiss with … a boy named Brad. Not only does the silhouette look a LOT like cousin Amara (Haruka/Sailor Uranus), but that laugh from dear ol’ cuz at the end and the way they look at each other?

I’ll be the first to admit the hard truth that yes, there was no way anyone was gonna let the queerness in Sailor Moon fly back when it first aired. Anime already had to fight against the “first coming on Satan” reputation, there was no way parents were gonna accept homosexuality, too. That being said … um … making them family members was … certainly a choice. 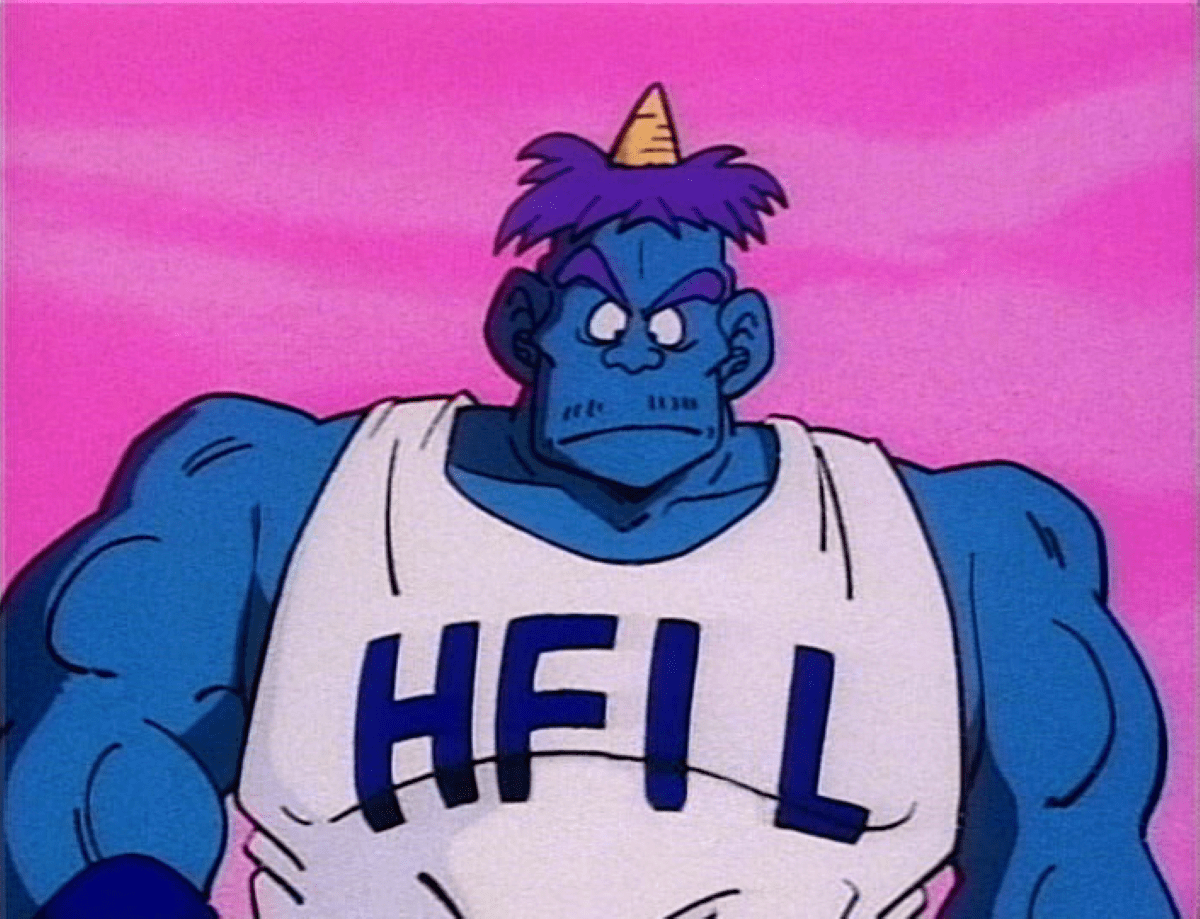 Mommy, where do we go after we die?

I still think this is kinda cute.

You better believe Dragon Ball Z had a lot of edits back in the day, most notably the amount of violence. Insert image of a high school-aged me being stunned to find out the number of severed heads that roll around in the series.

As our heroes were sent to another dimension we discovered what was essentially Heaven and Hell… not that it was ever called that. No, when Goku tumbled off of Snake Way he landed in the, ahem, Home For Infinite Losers. Of course, looking at the image now it’s easy to see where the edits were made, but back then (and even now) I think it’s kinda charming. I’d totally rock an HFIL shirt.

Every now and then some young anime fan on Twitter sees this clip for the first time, and I swear, Wing Zero gets its wings. I love seeing younger fans react to how absolutely extra this entire moment is. The applause for the birthday party. The ripping of the invitation. The wiping of the tear. And, of course, that iconic line, “I’ll destroy you.”

Yes, this was the ultimate cultural reset.

Now I know what you’re thinking. “Bri, in the clip he says kill.” Yes, he does, but if you watched Gundam Wing during the afternoon Toonami block any references to killing were changed to destroying. You had to watch the re-air at night to get the true, uncut Heero Yuy experience.

And yes, even this moment got edited. Notice how she says kill in this clip? Not the case in the afternoon Toonami block.

Nothing Beats A Jelly-Filled Donut

I have no explanation for this. I mean … why censor the food, y’all? Do you know how many anime kids wanted to eat what we saw on screen and how disappointed we were when we searched for this “jelly-filled donut”? Like. We already knew what ramen was, why was rice ball such a stretch of the imagination?

No, Ash, it’s not a donut. It’s not a donut at all. But it’s precious that you and the others keep trying to sell us on this lie.

Don’t Point That Finger At Me Mister

So this is basically the anime equivalent of this:

While Yu-Gi-Oh isn’t the only anime series to have guns removed, it’s definitely the one I remember most. To be honest, a lot of the show was edited, whether it was the Shadow Realm or the complete removal of its actual first series.

Initially, aggressive finger-pointing doesn’t feel like much of a threat, but listen, there’s a certain level of blatant intimidation that comes with directly pointing at your opponent. Sure, you could hold them at gunpoint, or you could get all up in their personal bubble and P O I N T. 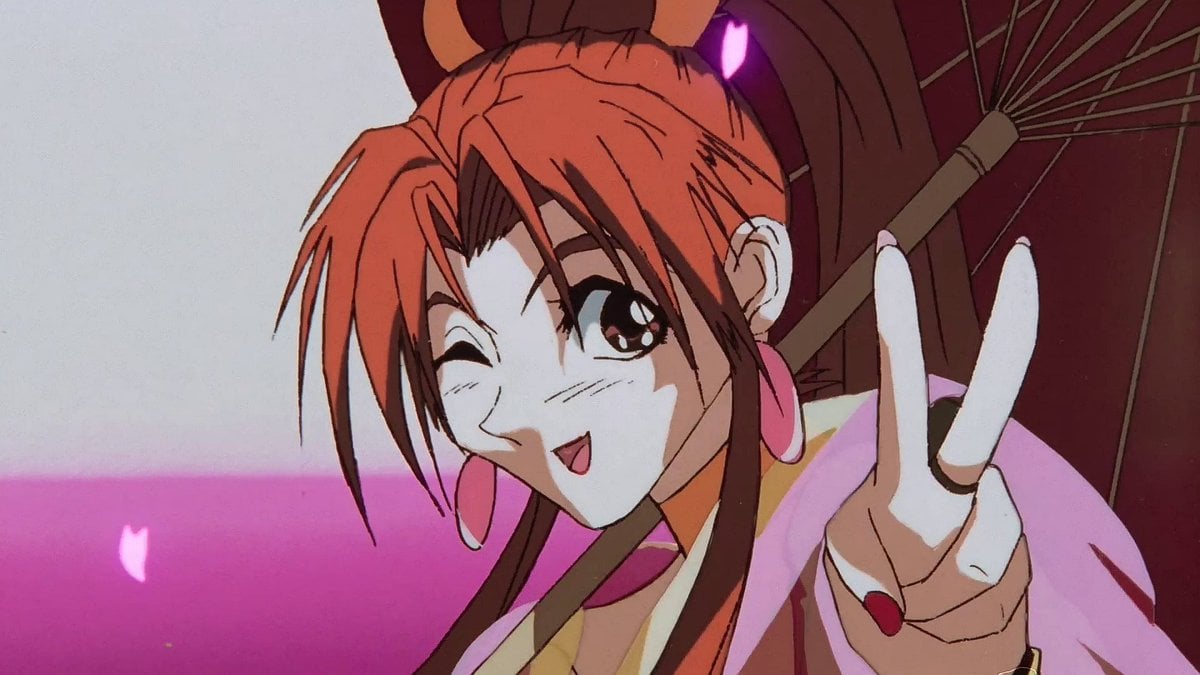 I love Fatal Fury: The Motion Picture. This hit during the peak of my fighting game franchise love and how I’d immediately gravitate toward the one girl on the roster (two if I was lucky). I knew nothing about Fatal Fury at the time. This movie was my first introduction to it and I loved it, I loved Mai, but the censors? Oof, not even the hardcore anime block could handle Mai’s wardrobe. It’s kinda funny, actually, since this is the ad we got for that animation block:

So hardcore. So edgy. So … not prepared for Mai’s transformation sequence. Here’s the uncensored NSFW version cuz Mai gets naked, but trust me, it was edited for TV along with many of her outfits:

Honorable Mention goes to One Piece, which I never saw a lick of during its 4Kids run, and that I don’t have to watch because of any election promises, but I do remember the way anime removed liquor and cigarettes so this tracks.

What are some anime censorship moments that, when looking back at them, you can’t help but laugh?