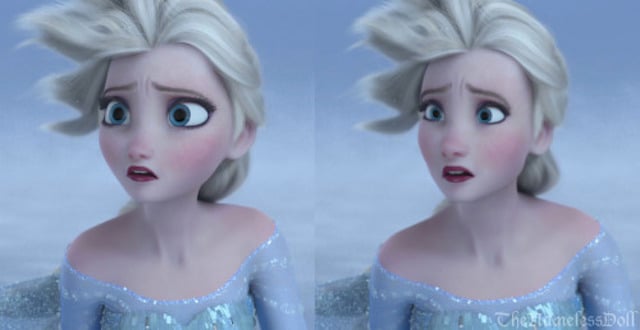 There’s an obsession in art with making female characters “pretty” that frequently leaves cartoon women with facial features that would scare the crap out of us if they belonged to an actual human being. What makes it worse is that it tends to be the same face over and over again (tiny nose, giant eyes, and round), so Tumblr user TheNamelessDoll decided to see what they’d look like with more realistic features.

This is what Elsa from Frozen would look like—in motion—as a cartoon of an actual person instead of a cartoon of weird animated beauty standards:

The impressive alteration was achieved with After Effects, which took a lot of work (“Jumped from Photoshop to After Effects and it was MUUUUCH harder to do this edit while the character is moving! … I’m not doing that again any time soon!”) but TheNamelessDoll’s other Photoshop adjustments get the point across just as well: 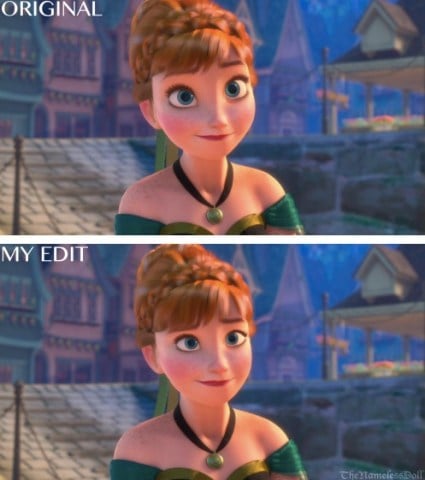 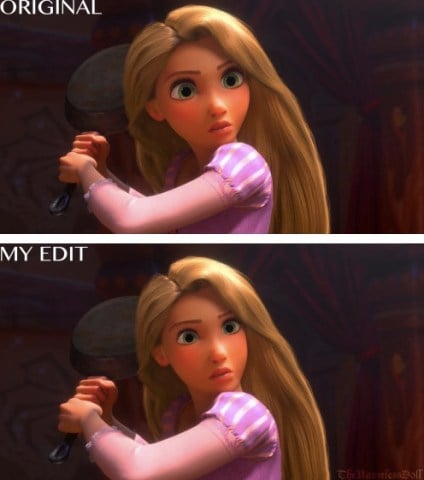 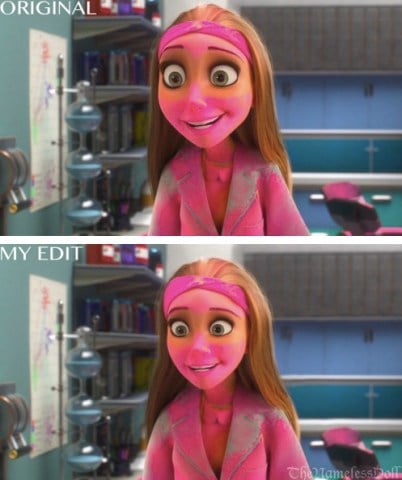 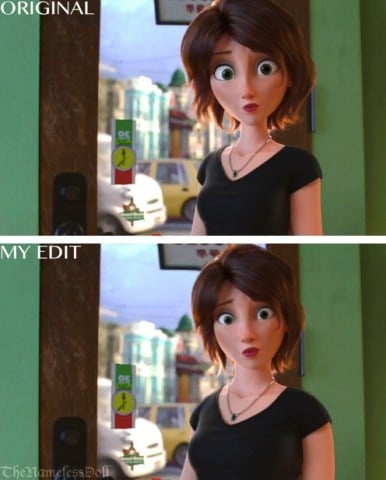 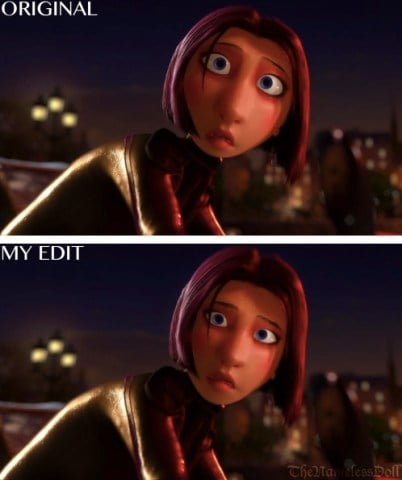 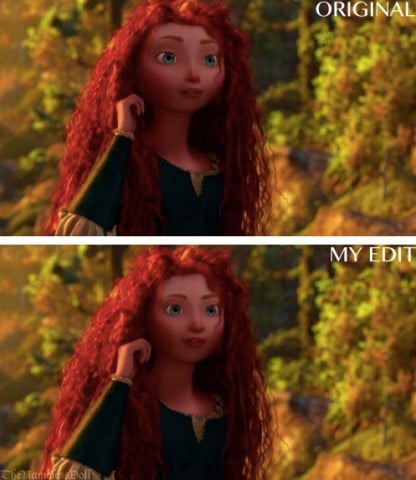 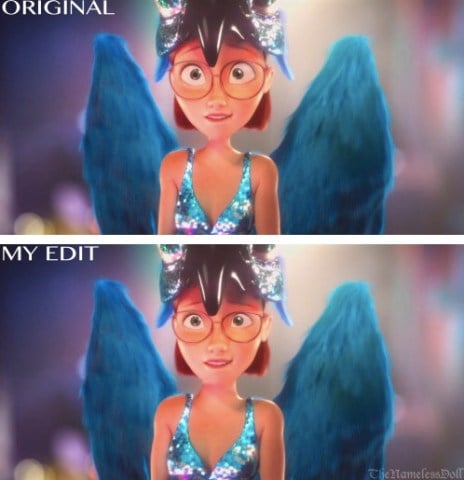 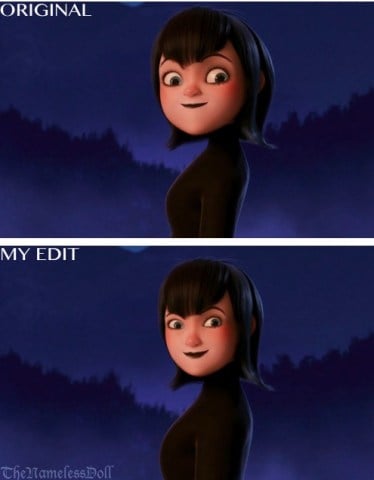 You may have noticed that some of them also got slight body edits, and there’s even more where these came from. However, TheNamelessDoll is quick to point out on each that they’re just a bit of anatomy practice for art and not intended to be a judgment on the original work:

These edits were created simply to give me a chance to practice my manipulation/anatomy skills. Nothing more, nothing less. They are NOT meant to be ‘better than the original’ or ‘what it should have looked like’, or serve as a general negative critic on the respective movies’ animation styles!

But we can all certainly talk about whether they’re improvements. What do you think?

(via Boing Boing, image via TheNamelessDoll)