We Fail at the Prime Directive: Humans Could Be Causing Animals to Develop Larger Brains 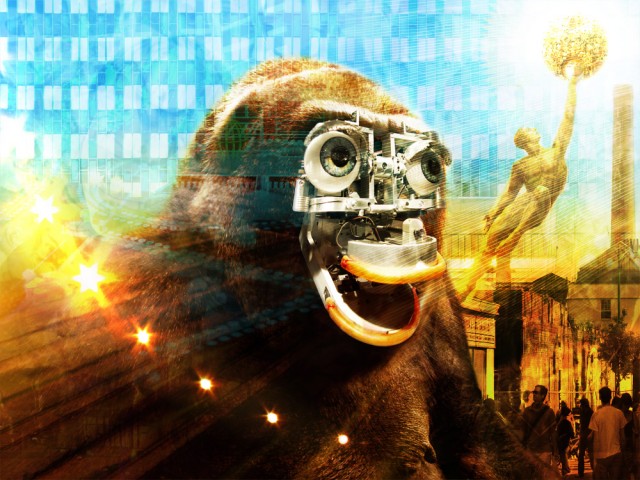 It’s no secret that quite often, humans seriously mess things up, on scales both large (like all that the-environment-is-going-to-hell-and-it’s-our-fault stuff) and small (like causing bacteria to become antibiotic-resistant). But occasionally we may help other species: a new study finds we might be the reason animals are evolving larger brains.

Dr. Emilie Snell-Rood of the University of Minnesota has been studying the skulls of ten different species, including mice, bats, and gophers. With the help of student Naomi Wick, she has been able to estimate the size of their brains using the dimensions of the skulls. She found that in six species, the brains of animals from urban or suburban areas were 6% larger than those from rural areas.

Dr. Snell-Rood has hypothesized that these animals have evolved to have larger brains because of the dramatic human changes in their environment: they no longer exist simply in unpopulated forests, but in cities or farms, where animals that were better able to adapt were the ones to survive and pass on their traits.

Other studies have linked those skills in adapting and learning in animals to larger brains. For instance, in what must have been the most adorable standardized test ever, researchers at one Swedish university bred guppies to have larger brains, and these fish scored higher on learning tests than the normal fish with their tiny little brains.

The next step in this research is ruling out other explanations, but evolutionary biologists are very excited about what Dr. Snell-Rood’s work suggests.