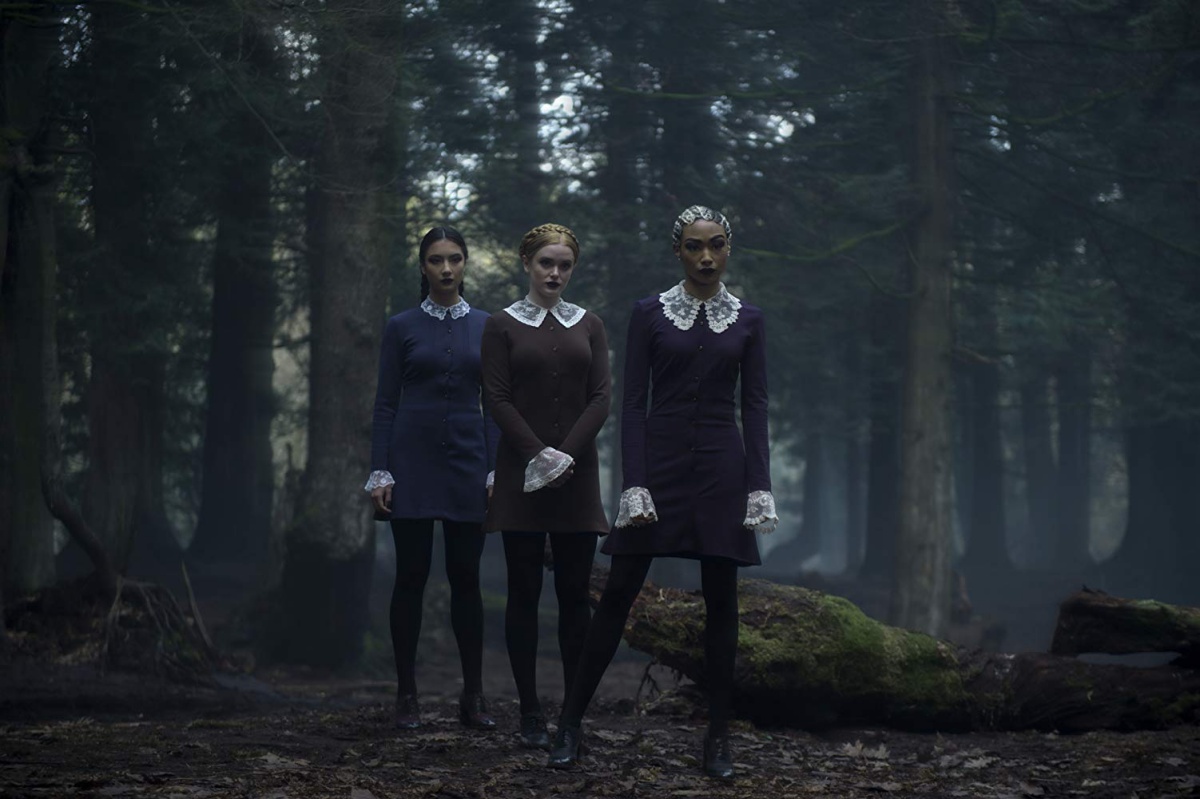 ***Some spoilers for The Chilling Adventures of Sabrina***

I love Prudence on Sabrina as played by the gorgeous Tati Gabrielle, who modeled her character after Eartha Kitt and brought a sense of grace and sophistication to a character that is youthful in appearance but is truly a seventy-five years old witch.

While the character developed throughout the season, one element I found frustrating with how she was written was the way she was portrayed as being “racist” against Sabrina. Prudence calls Sabrina a “half-breed” constantly and is her most aggressive tormentor during the first half of the show. This is a frustrating trope that happens frequently in supernatural shows: using racial slurs and terms to describe white characters while having black and brown characters be the aggressors. 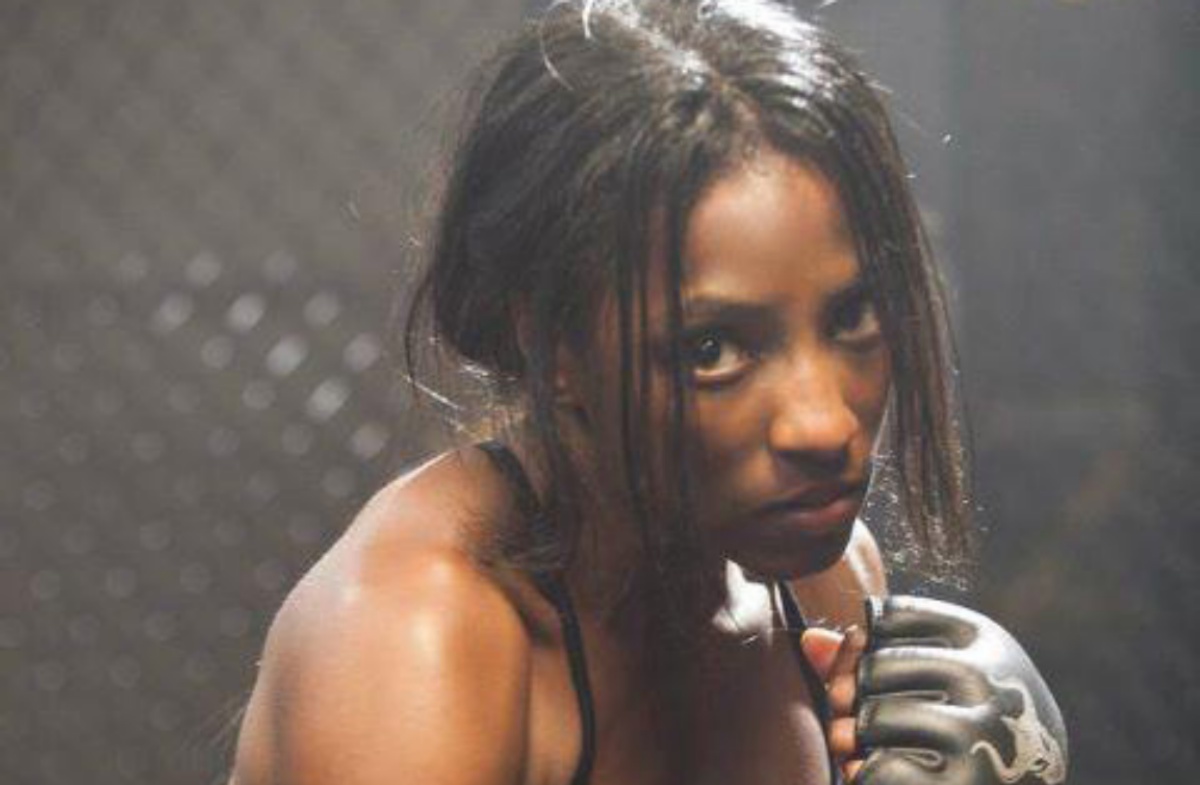 During the earliest season of True Blood, Tara’s two greatest character traits were being angry and being “uppity” as she calls herself in the first scene she is introduced in.

When it comes to True Blood, the show often appropriated the language of LGBT and black activism/experiences and gave them to their mostly white vampires to play around with. Stuff like “God hates Fangs,” and when Bill said vampires would protect their rights by “any means necessary,” alluding to a quote by Malcolm X.

These narratives will often erase the fact that they are placing these metaphors about oppressed people onto creatures that are truly dangerous by wanting to create a cheap shorthand for racism. While at the same time, the shows allow their stories to regularly abuse in-universe POC/LGBT characters and downplay the racist and homophobic realities that they live.

Tara was never pro-vampire as a human, and when she expressed that, Sookie called her racist. Deputy Jones, when Bill gets kidnapped, doesn’t see it as such because she is racist against vampires, and she’s black.

Whenever Tara brings up race or is taken down to because of her race is it hardly ever challenged or used for comedic effect. Her frustrations are not taken seriously, and are regularly talked down to by characters like Pam (who ends up being her love interest).

One example is when a girl from Tara’s old school comes in and makes some racist comments against her, calling her “uppity” and lazy. Tara (a newly turned vampire) responds with violence, only to be shut down by Pam, who warns Tara to not get “uppity” with her. Later the episode reveals that Pam was just playing a long game and kidnaps the racist blonde so that Tara can torture her. Pam compels the woman to live only to serve Tara.

It’s a bait-and-switch, but it operated under the same principle. Dogpile on Tara for 3/4ths of the episode and then reward her in the end. None of this erases the fact that her blackness and her anger are not given sympathy in the moment.

We saw this same mentality shown in season two of Jessica Jones where the black female officer is a bigot against Jessica’s kind and racism is not discussed at all. When race and magic intersect, usually magic trumps racial realities.

What is so jarring about Chilling Adventures of Sabrina is also what is confusing about elements of Harry Potter‘s fantastic racism. It can not be a coincidence that they have a mixed-race black character, Prudence, call a white girl a “half-breed” for being half-human and half-witch. However, then we have to ask the question: is there no racial discrimination in the Church of Night? There is clearly sexism and even the Dark Lord himself isn’t exempt from being portrayed as a jealous man/demon who wants to control women.

The institution of the Church of Night is very Anglicanized and while they had no problem bringing in the Filipino creature of Batibat, the show is overall very much the typical Western witchcraft aesthetic. Which, cool, that is certainly its own thing, but once you start introducing racial-slurs through the mouths of brown women, who are old enough to have existed in times of racial discrimination, you should have some broader exploration of non-Western magic.

For example, Roz in the show is told that her family was cursed by witches during the early colonial American era of Greendale after one of their ancestors accused one of them of being a witch publically. Hearing that story, of course, Tituba comes to mind, and therefore the reality of slavery in areas like this.

That leads to a series of questions about witches, Satan, and slavery that I’m sure it is not really looking to address (fair) but then we go back to Prudence’s casual use of lynching and calling Sabrina a “half-breed” and again, the show is putting the images out there and using Prudence specifically as the aggressor.

In an interview with Vulture, the actress herself makes his comparison between witches and slavery: “Prudence has this grudge against Sabrina because of the fact that she’s half-mortal. That goes against everything that Prudence grew up believing, and the discrimination that mortals put against witches throughout centuries of time resonates very deeply with Prudence. It’s something that I think she holds very dear to her heart, in the same way that I, as an African-American, have a very close relationship with slavery and the way that African-Americans have been treated throughout history.”

And that is interesting if we were then asked as an audience to understand and relate to that pain and historical trauma in the show, but we are not—because Sabrina wants to protect Harvey, who is the decedent of witch hunters. Also, slavery still happened in this time period so does Prudence as a character have more ties to her witch identity than her black identity? 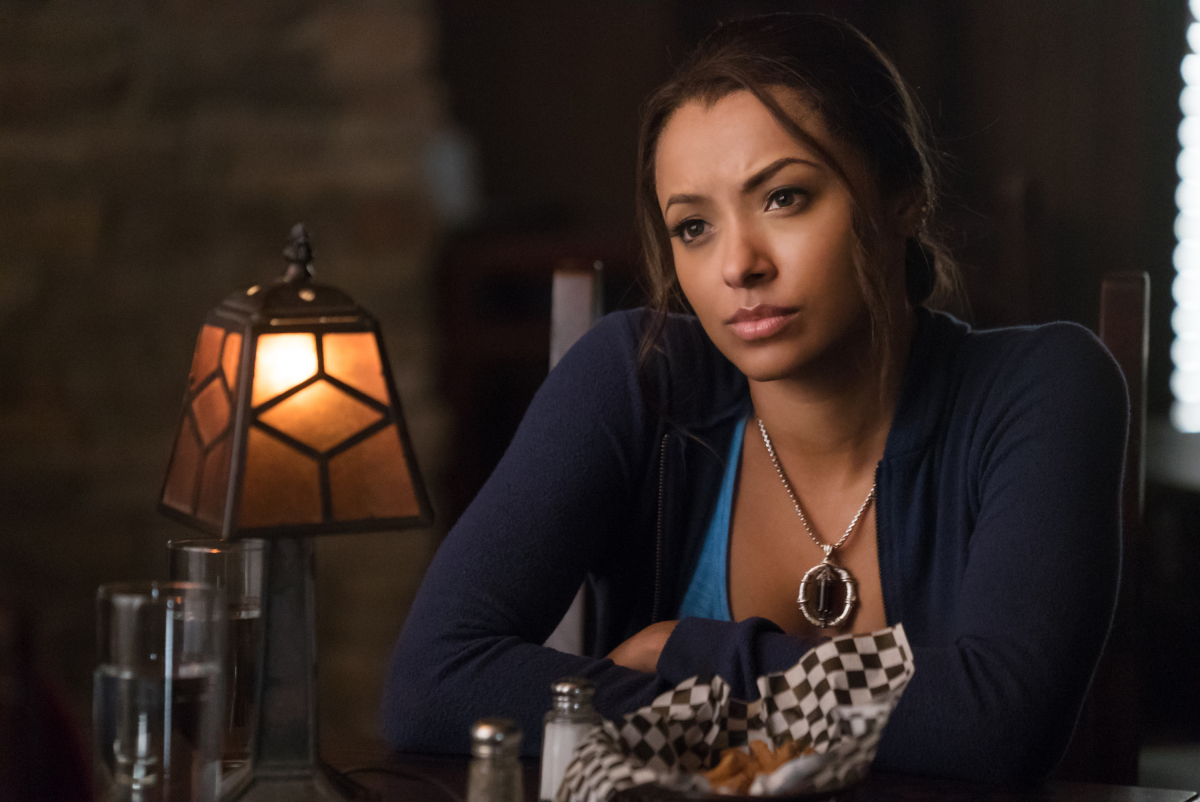 The intersection of magic and slavery is something that also was teased in The Vampire Diaries with Bonnie Bennett, who was the descendant of a black handmaid (cough slave) witch under the thrall of vampire Katherine Pierce.

All throughout Bonnie’s story, we see her be placed into a magical negro box where she is only let out to save her white friends. Her distrust of vampires is framed as her being a hypocrite, even though 90% of the vampires we meet are trash. When Caroline is turned and starts eating black people, we are supposed to see Bonnie’s rejection of her friend as cruel, instead of understanding that she is afraid of this person who now feeds off of human blood.

Bonnie’s magic is also very Western-based for a character who is the descendant of black witches. Not saying that naturally means voodoo, but there are so many different black magical variants depending on where Bonnie’s people would have come from.

In the finale of The Vampire Diaries, we see Bonnie save Mystic Falls using the power of herself and all the Bennett witches throughout history. It is an emotional scene, bringing back a lot of Bonnie’s family we’ve seen hints of throughout the series, but also a reminder of how little we learned about Bonnie’s legacy as a witch.

Black witches rarely get love, as a great piece by Vulture said last year: “The lack of powerful black witches in film and TV is a symptom of a larger problem that has existed in America since its very beginning: the fear of black women’s autonomy and prowess.”

I do love Prudence and have hope that her character, along with Roz and Agatha, will get some more development. We have a brand-new bold opportunity to highlight magic women of color, but so far we have gotten Prudence being the bitter antagonist, Agatha being the sneaky backstabber, and Roz getting her powers late into the game. Here’s hoping that season two opens up the world of magic beyond the Church of Night.