We Told You Angry Birds is Coming to Everything Ever: Now, a Board Game 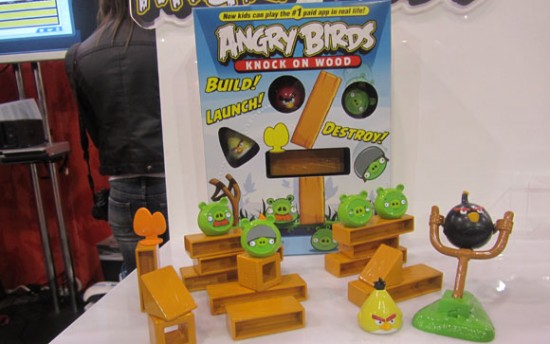 We really weren’t kidding when we said Angry Birds is probably coming to every platform imaginable. It’s more a matter of time, rather than a matter of finding new homes for the game. Today in Angry Birds apocalypse news, Mattel plans to bring the popular video game to the world of board games by May 2011 in the form of Angry Birds: Knock on Wood, complete with slingshot and having to clean up the scattered blocks.

Knock on Wood, planned to hit retail at around $14.99, is a two-to-four player game featuring mission cards, in which a player must build a structure shown on the card, and the opposing player must try to destroy said structure by–you guessed it–flinging birds at it. Points are scored, and the first player to one thousand wins.

The package is planned to contain three Angry Birds, four pigs, one slingshot, fourteen blocks and fifty-six mission cards. It doesn’t come with anything to make you feel any safer from the Angry Birds takeover, though.