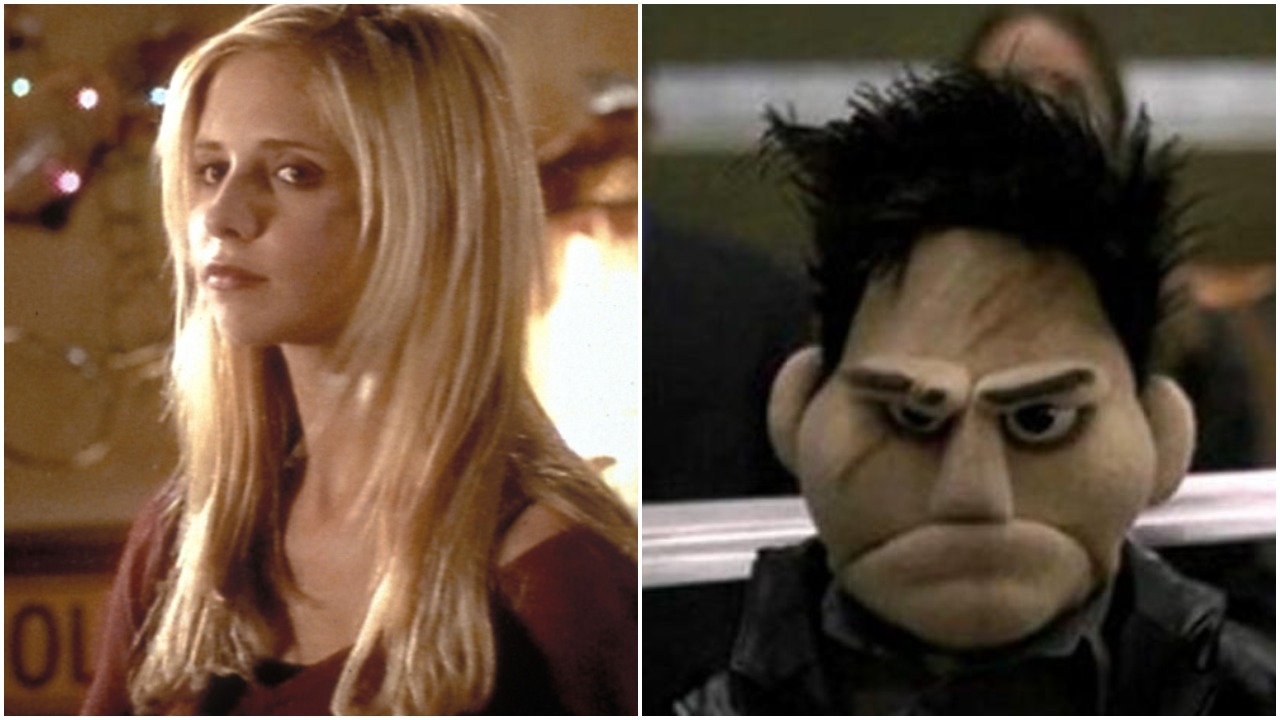 Entertainment Weekly is celebrating the twentieth anniversary of Buffy the Vampire Slayer companion series Angel. Co-created by Joss Whedon, the series follows Buffy’s former paramour Angel as he solves supernatural crimes in Los Angeles, aided by fellow Buffy alumna Cordelia (Charisma Carpenter). The series was billed as the adult companion to Buffy, and according to the writers, the darkness is what makes it more “complex” that Buffy was.

“Buffy has this wonderful purpose and fights evil, but still wants to go to the prom and get the right dress. Angel is a much darker and, in a sense, more complex character,” said David Greenwalt, one of the show’s creators. He and Whedon reiterated that the show, which was a noir more than a coming-of-age drama. was always meant to be super-dark.

Look, I get that hard-boiled Los Angeles noir with vampires is always going to be a little darker than high schooler with superpowers, but to write Buffy off as not being as complex or dark because she wants to go to prom? That’s a stunning misjudgment of a character that Greenwalt wrote. Buffy is definitely complex, and she barely had to brood to be so. As Angel wallowed in his desire for redemption, Buffy got stuff done.

Buffy is a high school student who discovers that she is the Chosen One, destined to fight vampires and save the world. She doesn’t want to do that, of course; she just wants to be a normal kid. But she doesn’t get that chance. Her friends are regularly put in danger or even die helping her. She has to sacrifice her first love to save the world. She loses her mother. She dies and is then pulled out of heaven because her friends need her to help them fight evil. That’s hardly not complex.

But Buffy the character comes with the trappings of femininity. Buffy likes skirts and heels and makeup. She wants to go to homecoming and prom. She wants to go out on dates with boys. She kicks ass not despite all this, but rather because it is a part of her. It doesn’t make her less complex just because she wants to look cute at a school dance. If anything, I’d argue that Buffy’s femininity and heroism are infinitely more complex than Angel’s manly sulking, because we’ve seen characters like Angel a thousand times. Buffy was new, when she first debuted.

Buffy also tackled some incredibly dark episodes without losing sight of both the show’s innate hope and what makes it so unique. Even the musical episode deals with abusive relationships and growing up. This is not to say that Angel didn’t tackle equally grim subjects. But to say that Buffy is somehow less complex than Angel because she wants to go to prom? That’s a disservice to the character and to heroines who trend towards the feminine.

Buffy was never supposed to be as dark as Angel. The show always reveled in a delight in the human and hope. But to ignore the darkness of the series in favor of saying that Angel was somehow darker because it was more masculine is a disservice to what the show meant to so many fans who saw themselves in Buffy, in both her light and her darkness.