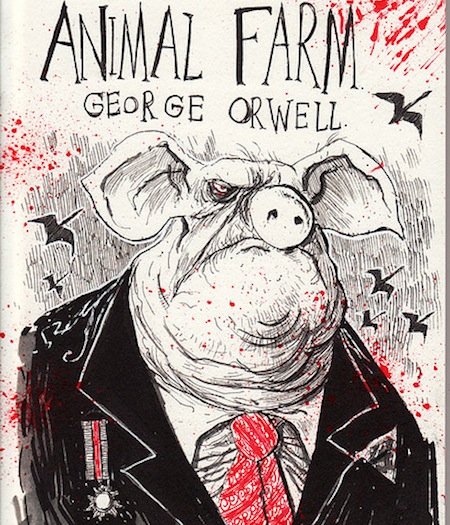 Andy Serkis has spent enough time in a Mo-cap suit to know what it takes to tell a compelling story using digital characters created from real-world performances. The man who made Gollum is planning on using that knowledge to good use: Serkis has announced that he will direct an adaptation of George Orwell’s political allegory Animal Farm, which will rely heavily on performance-capture to transform animated versions of story’s talking animals into compelling characters.

Working with Elizabeth: The Golden Age producer Jonathan Cavendish, Serkis’ adaptation will feature a light, family-friendly interpretation of the story, rather than railing against Stalinism. Speaking with The Hollywood Reporter, Serkis described his vision as a “Fable-istic” film will look at the story “in a new light.” The film is currently still in the early planning stages. Among Serkis’ key decisions is figuring out exactly how much of his cast’s performance will be mapped onto the his animated characters. Also, they need to figure out what they’ll look like.

Animal Farm won’t actually Serkis’ directing debut. He served as the second unit director for The Hobbit trilogy. While we don’t have any clue as to how those Hobbit flicks will turn out, Peter Jackson’s trust seems like a decent endorsement of Serkis’ directing chops. Animal Farm will, however, be Serkis’ first turn at the helm of a hollywood production. Serkis also plans on starring in the film, but may opt out as production gets underway. It sounds like nothing about the film is definite at this point.