Generate Your Own Ridiculous Android Phone Names, Then Confuse Them With the Real Ones 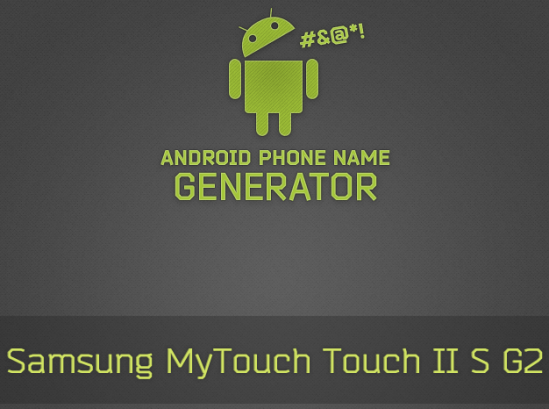 Ever since Android’s operating system was named Ice Cream Sandwich, many of us can’t help but think Android uses ridiculous naming conventions. This doesn’t only apply to the operating systems, but also to the actual hardware that runs them. It’s not exactly Android’s fault. It’s openness leads to a ton of different phones being able to adopt the software, and each different phone needs a name distinguishing it from all of the others. However, regardless of where the fault lies, the names of the phones that run Android are getting out of control. Yinzcam realized this, and created the Android Phone Name Generator, strictly for our collective amusement.

Simply navigate over to the generator, click the Android logo, and you’ll generator a new Android phone name that you will think is hilarious and ridiculous at first, but after a few more logo clicks, you’ll begin to forget that these names are generated jokes, not actual devices you can purchase. For now, that is. At the rate Android phones are releasing, we’ll probably see an Acer Liquid Optimus V S G1 or a Motorola MyTouch Black sometime in the near future.