"I hope this grief stays with me." 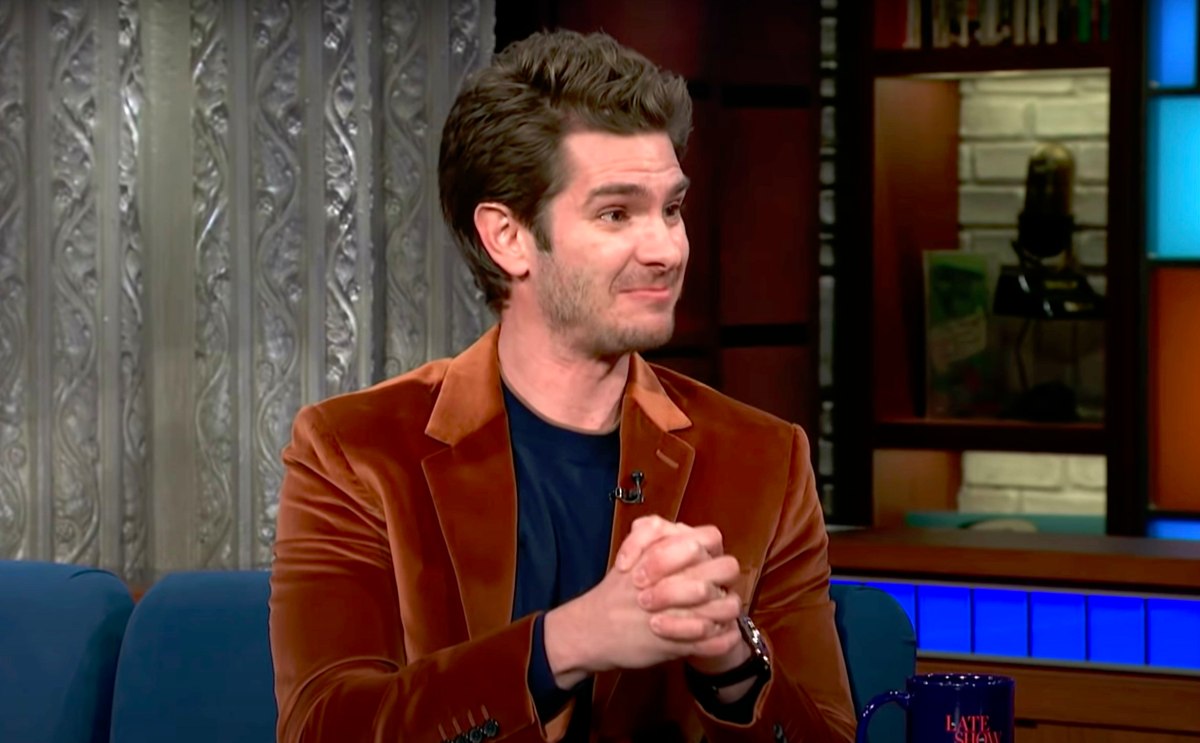 Andrew Garfield has had a busy few weeks promoting his latest movie tick, tick… BOOM! from first-time director Lin-Manuel Miranda. The movie, based on the unfinished Jonathan Larson musical, is a beautiful look into the creative talent of Larson and his ability to tell heartbreaking stories through his music. The story is also made sadder by the fact that Larson died the night of the first preview for his hit musical Rent.

Heading to The Late Show With Stephen Colbert to talk about the Netflix movie, Garfield was asked about exploring grief through his art and coping with the loss of his mother through the music of Jonathan Larson and playing him in the movie. The musical is about Larson’s struggle to finish his musical and trying to make the one great song for it—Larson’s response to his agent telling him to “write what you know.”

While the movie itself doesn’t explore Larson’s death, it does talk about this ticking-clock feeling many of us have to get our greatest work out into the world to leave our mark before we go, and exploring the loss of someone through art isn’t exactly anything new—something that Garfield points out as he’s talking to Colbert.

For a bit of a warning, Garfield explores his grief through art. As someone who is writing days after losing my father, I understand that mentality. I distract or explore my grief through writing or just try to occupy my mind. Garfield used his performance as Jonathan Larson to explore that pain of losing his mother, and his segment with Colbert was incredibly raw and honest in a way that we rarely get to see on late-night talk shows.

“I hope this grief stays with me,” Garfield said, and that’s true of any loss, I think. That grief, the pain of thinking about that person? It makes some of us feel more complete to still have that pain. I can’t listen to Frank Sinatra without thinking about my grandfather, and he’s been gone nearly ten years. I hope that grief of his death and my father’s stays with me and keeps me going in the way that Garfield feels about his mother.

Watching Garfield get emotional and explain to Colbert that he’s crying because of how much he appreciates the ability to grieve in art and let it help heal you is amazing. You can watch the full clip here:

tick, tick… BOOM! is out on Netflix now and is an emotional ride of a musical. I was a Rent kid in high school and college, and even I think that tick, tick… BOOM! hits more emotionally than Rent did because it’s focused on Larson’s struggle and pain and comes from such a personal place. You can really see Garfield’s own emotional journey in the movie while he’s singing “Why,” and I do think that this movie is a necessary watch for the musical lovers out there.