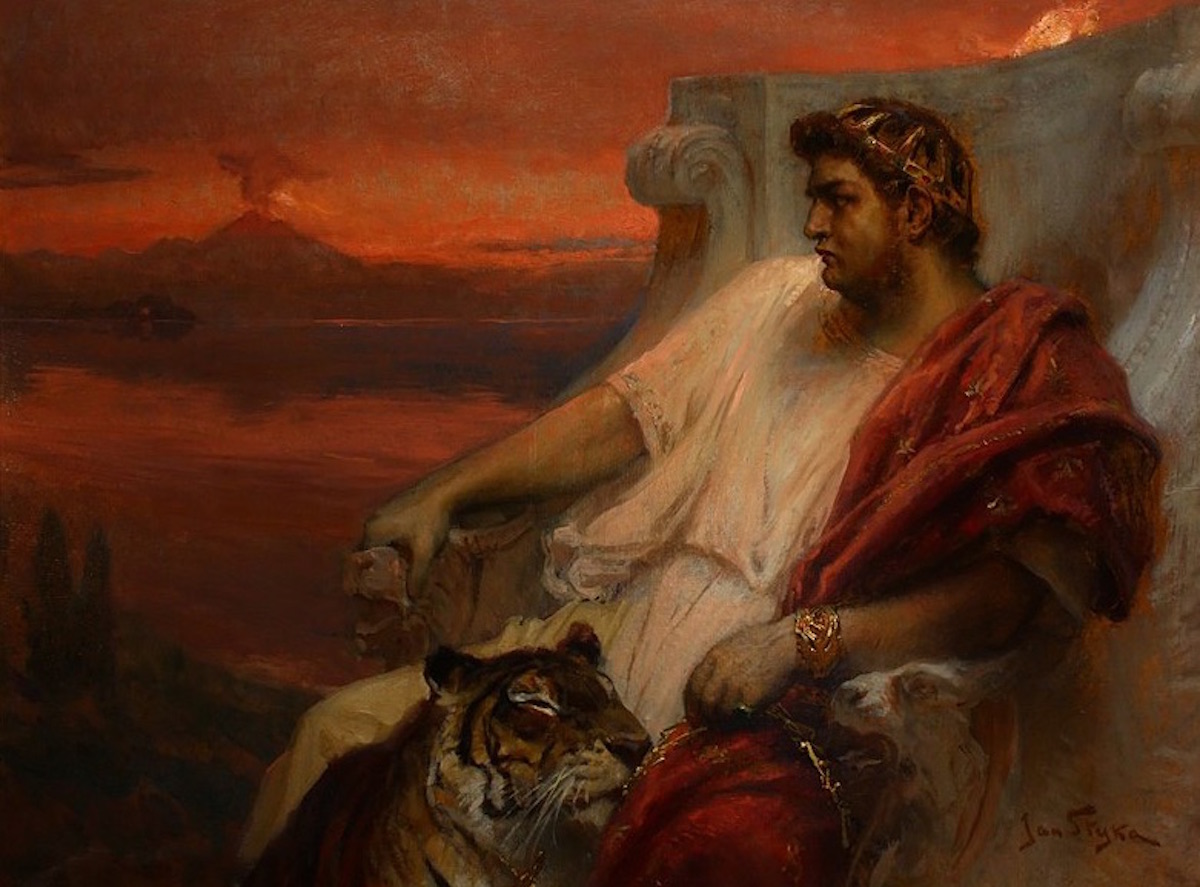 In the face of disasters we have come to expect that our governments will respond.

Particularly in the United States, in times of crisis the news media focus on the President. We see him conferring with advisors, reassuring people, often visiting the site of the disaster or a relief center—usually wearing a wind breaker and grave expression, personally inspecting the damage or comforting survivors or those who care for them.

After the 2010 Haitian earthquake, for example, the news media covered two former Presidents, Bush and Clinton, carrying out fund-raising for relief in the United States.

None of these responses are new.

When we reflect on the history of government response to natural disasters such as plagues, earthquakes, tsunamis, volcanic eruptions, and now Covid-19, we discover that the expectation that central governments should play a role in recovering from such disasters can be traced back to the actions of three Roman emperors of the 1st century.

In 17 CE, word reached the second Roman emperor, Tiberius, that a widespread and severe earthquake had struck the province of Asia, in what is now Turkey. About 25 cities were badly damaged.

Tiberius sent the money they needed for rebuilding and in gratitude the cities passed resolutions of thanks and erected statues of him. Tiberius then struck and circulated coins celebrating his rebuilding efforts, the ancient equivalent of modern news photos of presidential disaster response.

Tiberius seems to have been motivated by a sense of obligation. The same feeling that led him to proclaim his responsibility for Rome’s food supply after a different disaster, stated in his letter to the Senate “curam sustinet princeps,” “the emperor bears this burden.”

The real model for government response, however, was the emperor Nero. It always surprises people to hear that anything we consider appropriate behavior had its start with Nero, but disaster response did. In 64 CE, the city of Rome was devastated by a great fire, the worst in its long history, which destroyed 10 of the 14 districts of the city.

After local officials were unable to control the blaze Nero coordinated the response. He personally directed fire-fighting efforts, sending out members of his own household to fight the blaze by setting back fires and creating fire breaks.

Once the fire was put out he opened public buildings and his private estate to house and feed refugees, brought food from neighboring communities, passed edicts against price gouging and looting, raised money for the survivors, and arranged for the vast amounts of fire debris to be removed from the city by large barges down the Tiber River.

When it came time to rebuild Rome Nero instituted building and fire codes for the first time in the history of the city to prevent future fires. Buildings had to be built with ground floors of stone, with no common walls between buildings, and with fire-fighting equipment on site. He personally paid bonuses to builders who completed their work ahead of schedule.

Even Nero’s detractors had to give him credit for his response to this disaster. The only modern response Nero didn’t undertake was the ritualized visit to the disaster site, perhaps because he was already there.

Nero’s response to the great fire in Rome seems to have created a precedent for later emperors that cemented the expectations for disaster response. That can be seen just 15 years later in the actions of the emperor Titus after the eruption of Mount Vesuvius along the Bay of Naples in 79 CE.

This was a complex event that continued for several days and included a massive volcanic eruption that destroyed some communities completely, notably Pompeii. It also triggered earthquakes that damaged more cities and towns that escaped the devastation of the eruption column. Titus, though he had only been emperor for a few months, responded energetically in a very Neronian fashion.

As we are told by the historian Cassius Dio, Titus “immediately chose commissioners by lot from among the ex-consuls for the restoration of Campania; the property of those extinguished by Vesuvius, and who had no surviving heirs, he donated to the restoration of the afflicted citizenry. As for himself, he accepted nothing from any private citizen or city or king, although many kept offering and promising him large sums; but he restored all the damaged regions from funds already on hand (in the state treasury).”

Not only did he arrange for the funding for rebuilding damaged communities and resettling survivors into new communities, he personally traveled to the affected area to survey the damage and to supervise the restoration of the region.

This is the first documented instance of a government official at any level traveling to the site of a disaster. It established a precedent for future government officials, notably American presidents, who regularly do the same. And who get their pictures taken doing so. Titus didn’t have modern mass media, but he did leave behind a series of inscriptions detailing his rebuilding efforts in communities around the Bay of Naples.

In today’s coronavirus pandemic, we are witnessing a remarkable, world-changing event. It has led to a government response founded on historical patterns of behavior. Tiberius, Nero, and Titus established the model for government officials in times of crisis and disaster.

Disasters lead to great personal loss and uncertainty. The narrative of government response to disaster demonstrates that the social network is working as designed. In Roman disaster response, emperors responded in ways that would reinforce their power and therefore the system on which it was based.

While modern governments respond to disasters because it is expected, that expectation had its origin in the political system of the 1st century.

[All photos by author, unless otherwise indicated, featured image: Nero at Baiae by Jan Styka]