Let’s Talk About the Ancient Precursor To Valentine’s Day: Lupercalia! | The Mary Sue

Let’s Talk About the Ancient Precursor To Valentine’s Day: Lupercalia! 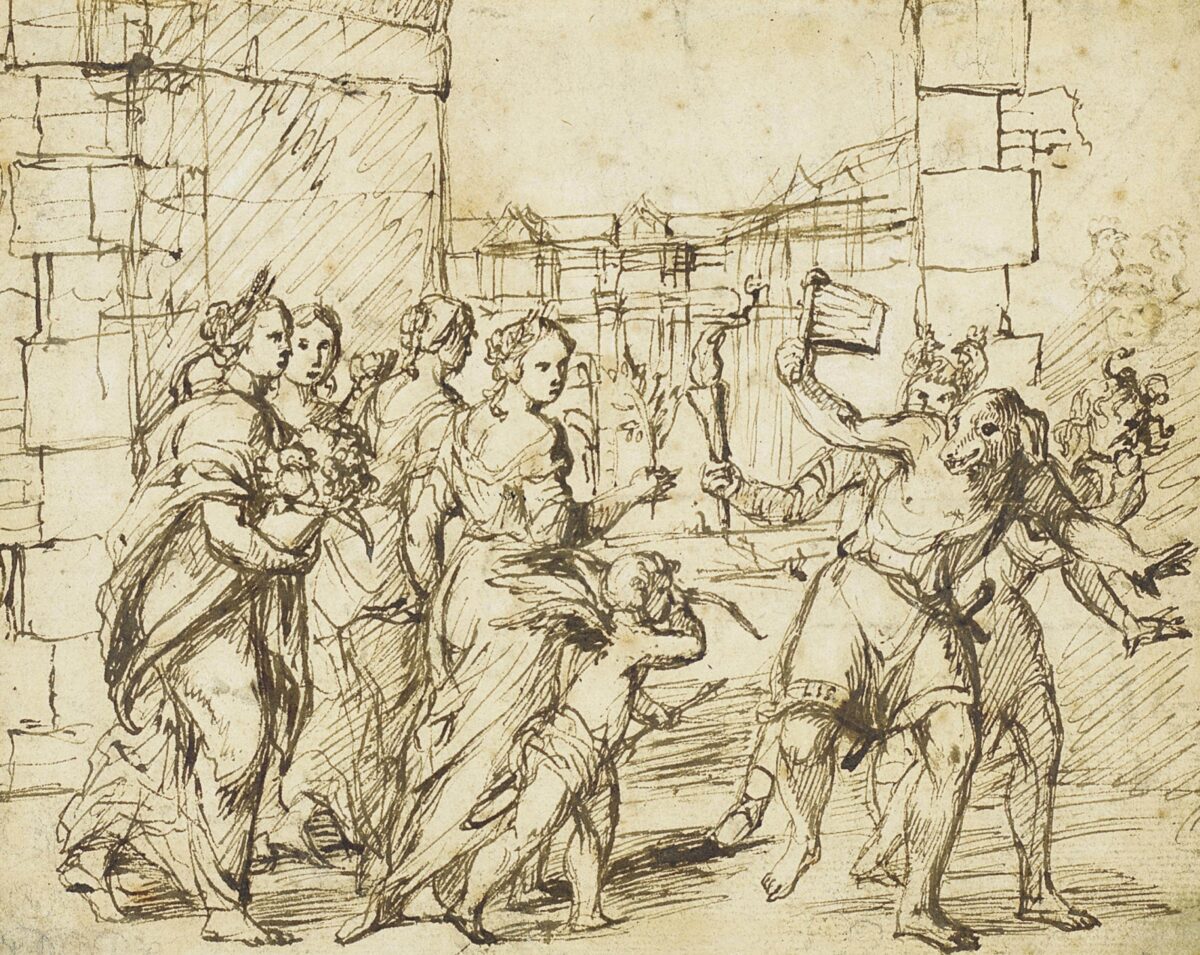 The origins of holidays are fascinating to me, not just because it’s something that often goes overlooked, but because holidays connect us back to the past and the way our forebearers understood the world and celebrated the changing of the seasons. And also, most holidays are hella pagan, even when they’re nominally Christian. Take for instance Saint Valentines Day: why is a celebration of a martyred Christian saint the day we celebrated love and romance? The answer is complicated.

Centuries before Saint Valentine was even born (we’ll get to him, don’t worry), the Romans celebrated a festival from February 13th-15th called Lupercalia and it was, like many Roman festivals, pretty wild. The “Lup” in Lupercalia likely derives from the Latin word “lupus” for wolf. If you’ll recall your Roman origin myths, the twin Romulus and Remus were raised by a she-wolf in a cave, and in ancient Rome, that cave was a sanctuary, called the Lupercal, attended by priests called the Luperci.

Now, the origins of Lupercalia are very vague, but the festival goes back to at least the 6th century B.C.E.. It may have been a spring fertility festival or commemoration of a local Akadian hero, or both of those things. But what we do know is how Lupercalia was celebrated in the heyday of Ancient Rome and that’s where we start to see some hints of the celebration that would become Valentine’s day. And, like I said, it was wild.

Within the Lupercal, the priest would sacrifice a goat and a dog (sorry, but this was Rome). The hide of the goat, which symbolized fertility among other things, was cut into strips or thongs and dipped in the goat’s blood. Then the blood was also smeared on the foreheads of two Luperci, who were naked. Then they would run through the streets, still nekkid, swatting people with the bloody goat hide thongs! Fun!

Why were they swatting folks? Well, women actually wanted the Lupercalia smack because it was thought to bring fertility and healthy pregnancy. Also around this time, there was a large match-making event, where guys literally chose a woman’s name from a jar to court, so the time of year became associated with marriage and babies and that, for many people (but not necessarily for everyone in the ancient world) meant romance.

But we don’t actually know how much of a fertility celebration Lupercalia really was, and its placement in February can either support or undermine that idea. February was actually the final month of the Roman calendar. Their year began in March, which is why September was literally called “seventh month” and so on. Now we have numbered months that don’t match their “actual” number, because the new year was moved to January 1.

Much like in Asia, where Lunar New Year is celebrated in February and preceded by cleaning your home, February was a month dedicated to cleaning out the clutter of winter. Even the word “Februa” means to purge or make offerings to cleanse, and most festivals in February had more to do with purging, cleansing, and even death. The middle of February, right on top of Lupercalia was the multi-day festival of Parentalia, when Romans would honor their ancestors and family.

That’s right. two guys! This brings us to another fun fact: we don’t really know who St. Valentine was. The Church recognizes three different saints with that name. One of these guys might have been a Christian who married couples when it was forbidden (because single men made good soldiers?) and another might have been a martyr who fell in love with or healed the blindness of the daughter of one of his jailers and sent her a love note from “Your Valentine.” But it’s all apocryphal.

The direct descent of Valentine’s Day from Lupercalia is murky because of all of this. Saint Valentine was popular, and when Rome was trying to Christianize they did switch Lupercalia to his day, so we know they’re related, but it wasn’t quite as simple as “Roman fertility festival became Romance day.” Throughout the dark ages (which we have fewer records of because, well, it was the dark ages) Saint Valentine’s role in popular culture changed, but we don’t know how.

We do know though that by the time that the age of chivalry and courtly romance came along, Valentine’s Day was seen as romantic. People were sending romantic Valentine’s Day greetings all the way back into the Middle Ages! And the association with love made the holiday get another pagan connection: the god of romantic love, Cupid.