A Nintendo 64 Emulator Written in JavaScript 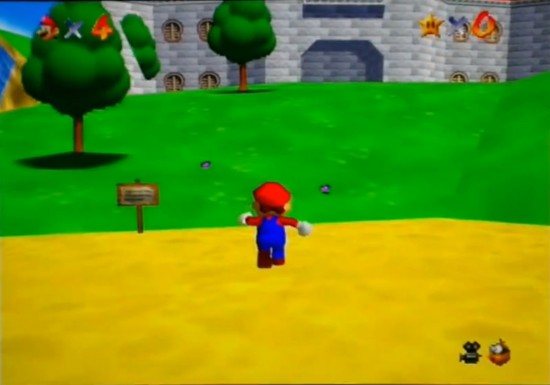 Lately in the coding world, building a program entirely out of a language that one wouldn’t normally associate with the program seems to be all the rage. From building a miniature MMO entirely in HTML5, to making a game of Snake written entirely in CSS, it’s an understandably fun and creative hobby to see how far one can bend a certain language. Paul Holden is the newest contributor to this field; he built a Nintendo 64 emulator entirely in JavaScript.

Holden has a background in Nintendo 64 emulators, as he worked on an open source N64 emulator, Daedalus, in college. Holden was inspired by Fabrice Bellard’s Linux emulator, and wondered if an entire N64 emulator was possible in JavaScript. One morning, he woke up to see that Notch released a draft spec for the CPU used for one of Mojang’s upcoming games, 0x10c, and wrote an emulator. After this, Holden states he “got hooked,” and figured that an N64 JavaScript emulator should be possible.

Possible it was, and he got it working. Now, the emulator doesn’t exactly run smoothly just yet, but you should cut Holden some slack since he built the whole thing in JavaScript, and he claims his work on the thing isn’t yet complete. So far, players can run around in Super Mario 64, and other games are bootable, but there are various issues involved, from graphical glitches to slowdown. You can try out the emulator here, but you’ll need your own N64 roms, as they’re not provided, most likely due to the questionable nature of their legality. If you don’t have any roms and don’t want to risk obtaining some, Holden provided some videos of Super Mario 64 running on the emulator, which you can check out below.

Impressive stuff when you realize that some fella got a Nintendo 64 up and running inside a web browser in his spare time.