Review: Asif Kapadia’s Amy Will Be as Divisive as Winehouse Was in Life 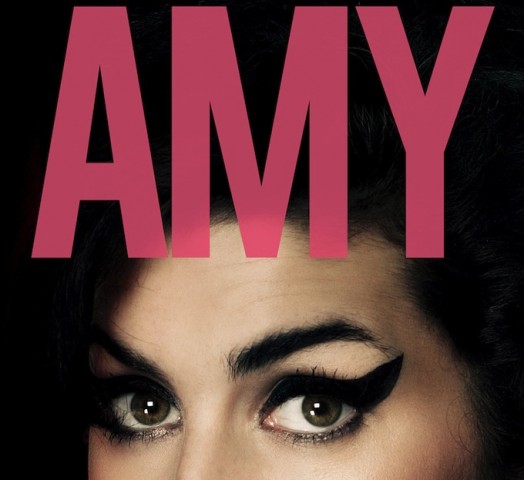 Amy Winehouse was as exhausting to follow as she was talented. I (and I’m sure others) eventually turned away from following her not because she lacked talented, but out of pity for the woman behind the art. From what I saw, the singer/songwriter was in trouble for years before her untimely death, and paying to see a woman so troubled made me feel guilty for watching the tabloids follow and attack. It felt like being a fan was somehow enabling her from a distance. But others were fans of hers until her dying day, and still others watched her antics as if they were driving past a horrific accident.

Your feelings about the Amy documentary will likely be the same feelings you have about Amy Winehouse herself. If you are a die-hard fan, you will appreciate how exhaustively thorough and thoughtful (at times indulgent) the film is, presenting Winehouse as a great, misunderstood artist. Others will find the treatment a frustrating film that recreates Amy’s downfall, celebrating her demons as part of her depth as an artist, rather than admitting that she was both an addict and artist—not one as a result of the other.

Any time we talk documentaries, particularly biographical ones, there is the issue of commenting on both the subject and execution. So let’s address first right upfront: Amy Winehouse as a subject. There is no doubt that Winehouse was a talented, rare artist with a great voice and numerous great songs in her very short career. I have no problem agreeing with the film’s thesis that she was a genius.

However, I also don’t believe we would be talking about her if she did not have the problems that made her a notorious pop culture figure. Because, as badly as I feel saying this, her story (and the film) was so tragically captivating because she seemed to be sabotaging herself as her star rose. That fact is that what makes this film so interesting and emotionally riveting is how her personal life and professional life seemed to go in opposite directions.

But, as Winehouse’s friends admit, she (and the film) can also make us feel somewhat manipulated. We are told of her genius far more than we are shown. And the appeal of Amy is often lost in moments of brash, teenage cruelty and manipulation (why her friends had such affection for her remains an unanswered question). And the film very quickly uses the footage from tabloids and paparazzi her loved ones claim hurt her.

This is required because the friends who used to document her life on camcorders eventually walked away (as did a number of her fans), unwilling to see her self-destruct in front of their eyes. But to show the footage friends say nearly destroyed her makes the audience (unfairly) feel responsible for what the tabloids did; complicit simply by being in the theater watching this documentary. And it often feels that they wallow in the tabloid footage that was so shocking, simply to stretch the film to its two-hour running time.

But the movie is also well put together, and with the exception of stretching its length with too much performance footage and tabloid coverage, the filmmakers have found an evocative narrative to make it more than an extended “Behind the Music.” Choosing not to romanticize Winehouse as an icon because of her early death, but tragic figure, was a wise (and socially responsible) approach … unlike some of the documentaries about James Dean, Jim Morison, or Kurt Cobain.

They never suggest (which drives me nuts) that she lived too big and burned out for her art or that she died to give the world her art. Her death was preventable and painful for Amy and those who loved her. The biggest problem Amy seemed to face were the number of people who used their trusted professional relationship against her, and discouraged sobriety, mental help, or walking away from the fame; Amy was too sick (mentally and chemically) to understand and reach out for help herself.

So where do I fall on this movie? Arguably, I do recommend watching it, but only to those who liked Amy Winehouse in her time and considered her story tragic. Her behavior can be infuriating to watch and you may find her rubbing you the wrong, but if you liked her music, you will appreciate her candid and honest moments as well.

Personally, I question the filmmakers’ decision to include comments which blame people (like her ex-husband) for Amy Winehouse’s turn to drugs, with comments such as, “She was fragile,” or, “was willing to hurt herself to be with him” … especially because he suffered the same demons and arguably deserves the same fair judgement and understanding that Amy is given. It seems a manipulative way of focusing on her addictions without holding her accountable and suggesting (possibly without intending to) that Amy’s addiction problems were worse because “she was special.” But for the most part, Amy finds a nice balance between memorializing her talent and showing her as a cautionary tale of untreated addictions and mental illness.