Rule #1 of Murder: Maybe don't tell someone exactly when and where you're gonna do it. 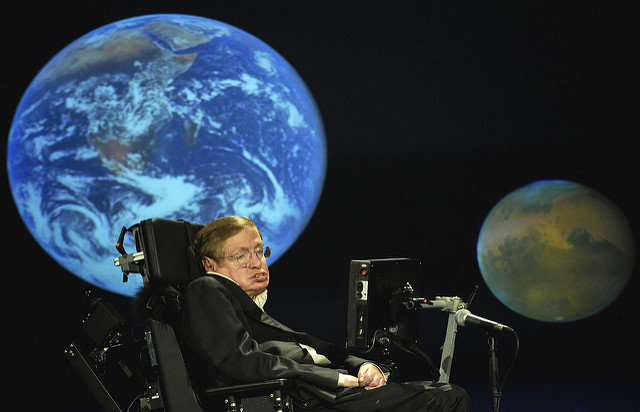 In How the Hell is This Even a Thing news today, an American woman living in Norway was arrested on Wednesday for harassing and plotting to kill famed scientific genius, Stephen Hawking.

The 37-year-old woman was arrested on Arona, the most populous of the Canary Islands, where she was staying in a hotel near where the Starmus International Festival was being held. Hawking was there to give a lecture on Wednesday, and Hawking’s children had alerted Spanish police of the potential threat after stumbling across over a hundred death threats from this woman in their father’s email. Charming, cryptic things like “I am going to kill him,” and “I am right next to you and I can kill you.”

She also posted similar thoughts on Twitter. Because nothing says “secret murder plot” like announcing your plans on social media.

When Hawking arrived for his lecture, he was flanked by police officers, and security was heightened at the festival. Meanwhile, police tracked the woman down at the hotel where she was staying in Tenerife, near the The Pirámide de Arona, where the festival was being held. According to the Spanish newspaper El Pais, “Police investigators who searched her hotel room found a collection of esoteric items linked to religious extremism and contrary to Hawking’s theories denying the existence of God. They also found notes and documents detailing the scientist’s residence and workplace, and notebooks outlining precise plans on how to approach her target.”

Apparently, when she was questioned by police, she said that “that she loves Hawking and would never harm him.” OK…so she wouldn’t harm him, just stalk him and make him and his family feel unsafe. Awesome.

El Pais also reports that the woman “has been following Hawking across the globe and may suffer from psychiatric problems.” May? The alleged stalker could face a six-month prison sentence in Spain, followed by immediate deportation if found guilty.