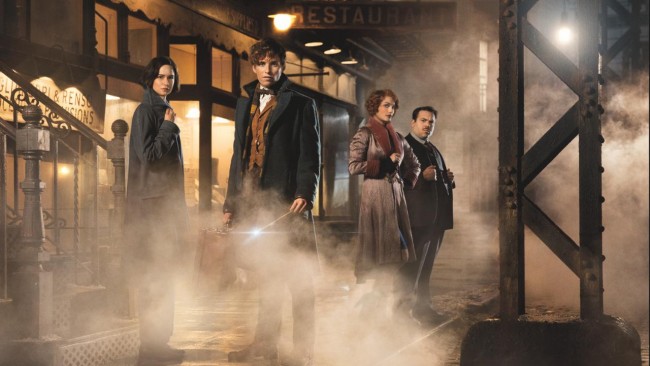 Federico Ian Cervantez, Senior Software Engineer at CAKE Corporation,  has recently developed two new interests: the Harry Potter franchise, and Machine Learning algorithms. Inspired by a sorting quiz he took on Pottermore, which confirmed his suspicions about being a Ravenclaw, and attempting to learn more about ML, he started poking around in the code on Pottermore, specifically the code for the sorting quizzes he took. Once there, he discovered some info that hadn’t yet been released to the general public.

In addition to finding the code for the two sorting quizzes he’d already taken, he found some unfamiliar code for a quiz that wasn’t yet on the site. As it turned out, it was the code for an upcoming sorting quiz that ties in to Fantastic Beasts and Where to Find Them, and the code revealed the names of the houses at Ilvermorny, which is basically American Hogwarts.

Definitely way more out there than a lion, a snake, a badger, and an eagle, all four of the creatures that represent the Ilvermorny houses are…wait for it…fantastic beasts.

According to the Daily Mail, the creatures are described as follows:

The Horned Serpent is described as ‘dragon-like serpents with horns and long teeth. They are often associated with or said to control the weather, particularly rain, lightning, and thunder. Magical abilities ascribed to them include shape-shifting, invisibility, and hypnotic powers’

The Wampus is a cat-like creature ‘described as some kind of fearsome variation of a cougar’.

The Thunderbird is a legendary creature ‘often described as a very large bird, capable of generating storms and thunder as it flies’.

While the most curious of all is the Pukwudgie: ‘two-to-three-feet tall and human-shaped, but with a larger nose, ears, and fingers and smooth, grey skin that sometimes glows. Its magical abilities include disappearing and reappearing, partial or complete transformation into a porcupine or cougar, and creating fire’.

A couple of things are still unclear. There was no indication from the quiz as to how sorting is done. Does the US have a sorting hat? Or is there some other traditional way to sort? Also, it’s not as if the Hogwarts houses are called “Lion,” “Snake,” “Badger,” and “Eagle.” So we may not actually know the names of the houses, rather, simply what their emblems are.

Think Cervantez is a big spoilsport? Or unethical? Well, on his blog, he gave his reasoning for sharing this info with the wide world (ie: Reddit):

[I]f this had been an account security bug I wouldn’t have released the information to the public so quickly. However, this is merely a minor story element to a film that will be released in a few months anyway. At worst, this will be egg on the face of an Angular developer (though, if this results in a job-loss, I am truly very sorry – I let my excitement get the better of me).

To be clear, I did not “hack” the website. In order to take the Pottermore quiz, they willfully gave this code to me. I only read it. Likewise, I’m not “hacking” the website to build an AI – I’m just building a robot to take online quizzes.

I have been contacted by a few nerd-news organizations asking me, “how can this happen?” One was even so bold as to say, “they know that fans scour the source code of websites for any clues, this must have been intentional.” I say, “nay nay”. This was simply an honest mistake. But as for how it happened […] as we get more and more comfortable with WebApp frameworks doing the business logic, we enable people to look at what the app is doing fairly easily.

Well, at the very least, this new piece of information leads us to more Harry Potter discussion. OK, American witches and wizards: are you a Horned Serpent, Wampus, Thunderbird or a Pukwudgie? Inquiring minds want to know!