American Gods’ Mousa Kraish, Who Plays the LGBTQ Jinn, Was Not Asked Back for This Season 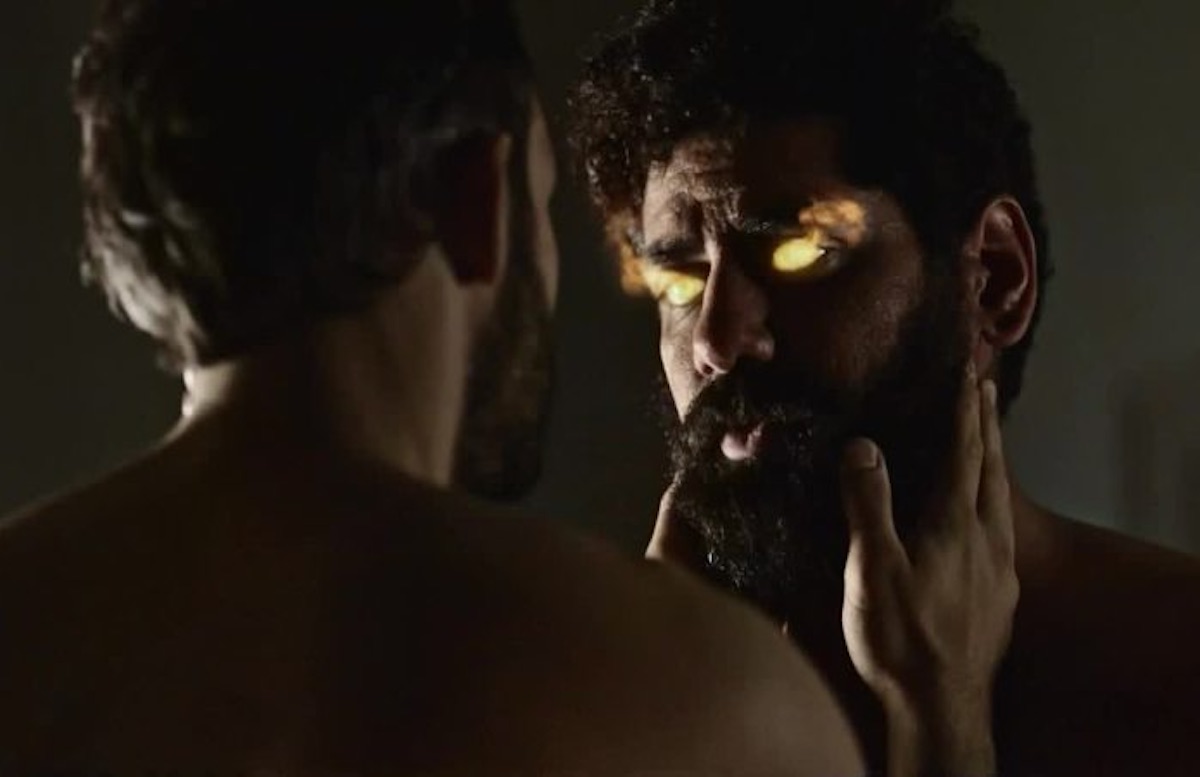 Following the uproar around Orlando Jones’ firing from American Gods, Jinn actor Mousa Kraish wrote on Twitter, “I can confirm that I wasn’t asked to come back this season.” This begs the question of what the hell the troubled TV show thinks it’s doing.

As our Jessica Mason covered this weekend, Jones’s exit from the series has been hugely upsetting to fans and troubling to those who wonder where the show is headed, especially, as Jones told Variety, “All I can say is what I was told. And all what I was told was, ‘angry gets s— done’ is the wrong message for black America, and that the new showrunner [Chic Eglee] writes from a black male perspective.” Eglee, who is sixty-eight and white, is taking over as showrunner for the third season; on American Gods, showrunner is rather like the Defense Against the Dark Arts teaching position at Hogwarts, such is the turnover. Now it also appears that Eglee’s vision for the third season does not include the popular, groundbreaking character of the Ifrit played by Mousa Kraish.

Kraish’s feed has long been one of the few consistently bright and positive corners of Twitter. (His bio reads “advocate for human rights and the guy most likely to high five you with love when you walk by me,” and shows Kraish taking a sweet selfie with a cat.) Pair his overwhelming warmth with the cultural importance of his queer Middle Eastern character, the Jinn, and his loss feels like a final nail in the coffin of the once-promising American Gods series.

So many of you & reaching out to me with support & love. I am so humbled & grateful for this wonderful community behind @neilhimself & #AmericanGods. I can confirm that I wasn’t asked to come back this season. It has been an honor to play the Jinn & live in his fiery eyed skin..

I thank @BryanFuller for that & showing me how to play a queer character with such honor & depth. I thank @andmichaelgreen for always taking the time for me. I thank @neilhimself for being such a positive & beautiful man I can now call a friend. I love & thank the cast & crew…

To the fans of @AmericanGods thank you so much for all your messages. I’m blown away by all of you. You make the show. You are the show. For me. It’s all love. #AmericanGods

Jones was one of the first to respond from the cast, writing:

Love you brother. You were fantastic. 🔥🔥🔥💔

If you weren’t sufficiently emotional, here’s the response from Omid Abtahi, who played the Jinn’s lover Salim:

This fan summed up our sentiments exactly:

American Gods author Neil Gaiman seemed to be trying to put a positive spin on the news by suggesting that Kraish could return in the future:

Hoping very much to see you back in Season 4!

Love you my friend. We made honest and beautiful real art. I couldn’t ask for anything more in this life we live.

And Green’s co-creator and showrunner Byran Fuller was “heartbroken”:

Replies on Twitter underscored the importance of Kraish’s role as the boundary-breaking Jinn:

This character and the story are both groundbreaking for American tv. It taught us so much about faith and love. Had so many of us opening our eyes to images of Middle Eastern men outside of the propaganda we were sold by our racist society. Your work made us better. pic.twitter.com/KgMkhxW1Tn

You have changed the world of TV, the society and its view on a lot of issues showing everyone that they should not be issues at all. And for that and to have been able to see the excellent that is Mousa Kraish we are grateful.

This just sucks so much. The Jinn and his beloved Salim brought the heart. I was so looking forward to seeing them move forward together. I’m sorry for you, and sorry for people who saw hopes and dreams in their love story (that includes me!)

It’s horrible that such a powerful portrayal of a queer person of color is being cut out. As if these kinds of portrayals aren’t what made this show good and groundbreaking.

i’m so heartbroken
wtf is going on? they are taking the most beloved characters and just taking them out! (sorry about the bad english.. i’m too mad to think in another language)

Really really sad about this. But thank you for portraying a wonderful character that I will always hold up as one half of the best portrayal of a LGBTQ relationship I’ve ever seen.

Am just gutted. Honestly, what the hell are they doing.

To be fair it’s a pretty compelling plot. I’m already convinced and I haven’t even seen it yet.

It’s clear from Kraish and Gaiman’s comments that there’s the potential for the Jinn to return in later seasons. But that’s reliant on many factors, including whether Kraish would actually want to come back, and if there’s any kind of viable American Gods property remaining in the future. Kraish was recently accepted into Sony TV’s Diverse Directors’ Program class for 2019-2020, and we can’t wait to see what he does next. It can only be better than whatever American Gods has become.