"Golly gee, Samantha, it's always about suffrage with you!"

I have a preposterous attachment to American Girl dolls, but that doesn’t mean I can’t still laugh at this amazing video of what they would be like as real people. Consider this punishment for that horrible time when you removed Samantha from the shelves, American Girl. Shame on you.

American Girl has now removed the rest of the original four dolls from their site, including Molly, Kirsten, and Felicity. They’ve also gotten rid of some of my other faves, like Nellie, Ruthie, and Marie-Grace. Why do you hate joy, American Girl? And why have you kept Kit instead?!

Also for the record, Kirsten totally did have that hat. 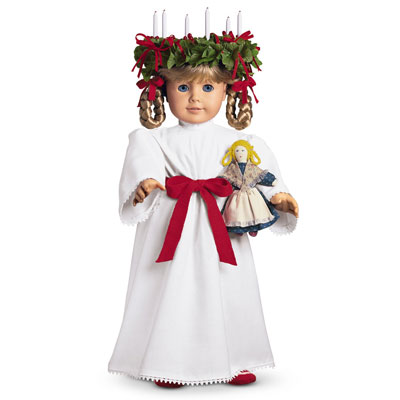