Amazon’s Lord of the Rings Series is Officially a Thing, Reportedly a Prequel 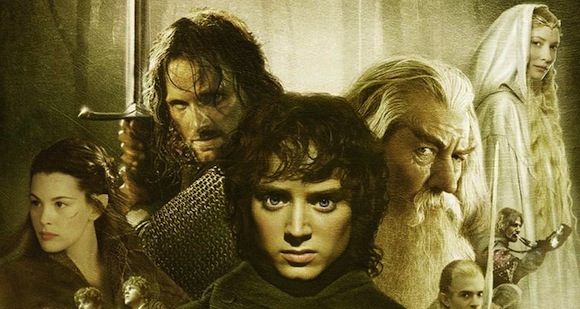 Amazon has closed the deal to adapt J.R.R. Tolkien’s Lord of the Rings into a TV series which will “explore new storylines preceding J.R.R. Tolkien’s The Fellowship of the Ring.” Amazon signed on for a multi-season commitment, with “a potential additional spin-off series,” and reportedly paid a landmark $200-250 million for the rights–so they are very serious about this project.

Luckily, it doesn’t look like they’ll rehash the events of the trilogy. “Sharon and the team at Amazon Studios have exceptional ideas to bring to the screen previously unexplored stories based on J.R.R. Tolkien’s original writings,” said Matt Galsor, a representative for the Tolkien Estate and Trust and HarperCollins.

Given the sweet, sweet corporate synergy that’s possible when an online bookseller adapts a beloved book series into a TV show, coupled with Amazon’s corporate mandate to make its own Game of Thrones, I can’t say I’m shocked that they went for Lord of the Rings – but I can’t say I’m very excited about the prospect. Honestly, I’d have loved to see something less well-known, or something that hasn’t already seen such an iconic and critically lauded film adaptation, brought to TV.

Still, it’s heartening that they won’t try to re-capture the lightning in a bottle of the Peter Jackson trilogy, but a lot of my interest in this will depend on what they choose to adapt – and how. Middle-earth’s history is pretty stinking vast, and I do think they could pull a cool and intriguing plot from there. For example, the events of The Silmarillion, or “the infinite screw-ups of the kings of Gondor,” could make for a solid series.

But no matter what story they choose, the casting and rewriting are going to be key here. Middle-earth’s race and gender issues are manifold, and if Amazon goes all-white on this cast, or only casts people of color as villains, I’ll be beyond frustrated. And if they don’t thoughtfully write more women into this thing, either by changing the genders of established characters or adding new ones, I will also be annoyed beyond measure.

How are you all feeling about this series?

(Via The Hollywood Reporter and Deadline; image via New Line Cinema)