Amazon Not Releasing Alpha House All At Once | The Mary Sue

Excited to Binge Watch All of Amazon’s Original Shows? Too Bad!

There's something to be said for losing a weekend watching every episode of a season, but Amazon is banking on a different plan. 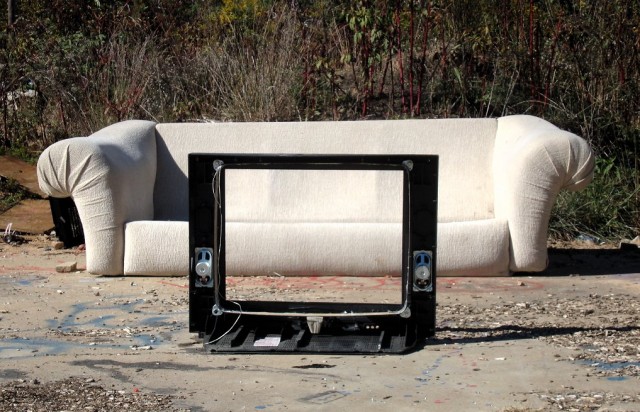 Amazon is diving into the original streaming content pool with its political comedy Alpha House sometime late 2013 or early 2014, but when it does come out it’s not going to be coming out all at once, according to executive producer Jonathan Alter. There go your plans for a 10-episode John Goodman marathon. So what is their plan exactly?

In an interview with The Wrap, Alter told Sharon Waxman, “No. It hasn’t been entirely determined how they’ll put it out. But it will be a different model.” Alter remained vague about just what that model might look like, but if it’s not all at once then we can only assume it’s going to be a weekly schedule like regular television. There aren’t that many other models for broadcasting a program like this, besides the one where a network keeps moving a show to a new day and time to prevent it from building an audience. Then again, maybe it only feels that way because those are the only models we know right now? Amazon has the opportunity at least to do something novel here. It should be interesting to see what the company comes up with.

The decision does beg a question, though: is Amazon missing the value of dumping content all at once like Netflix has been doing, or has binge watching lost its appeal? It does create a weird situation when it comes to talking about a show because you have to figure out how far into the season everyone has watched. I haven’t seen any of the new season of Arrested Development, but have watched from a distance as the other Geekosystem editors tried to parse out what was okay to talk about in the office.

It’s also possible that the tepid fan response to all 15 highly anticipated episodes of Arrested Development left Amazon queasy about dumping an entire show into audience’s laps at once. This is TV after all — or, well, serialized comedy programming, anyway. Maybe we do need a little time to process episodes. And maybe as we move to a new medium for broadcasting these shows, we really do need to look for new models to distribute them. After all, somewhere in the vast chasm between releasing a show every week and dropping the entire series at once, there must exist a happy middle ground, right?

Also of note from Alter’s interview is that the writer behind the series, Doonesbury’s Garry Trudeau, turned the four senators in the show — who are based on real-life Democrats — into Republicans because he thought the show would be “funnier,” according to Alter. The show will also see the addition of two female Democratic senators to the cast, but the parts have yet to be cast. (Note to Amazon: Please see if Viola Davis is doing anything at the moment.)

(The Wrap via The Verge, image via Zen Sutherland)