Inside is a pile of boxes and a sad looking drone. 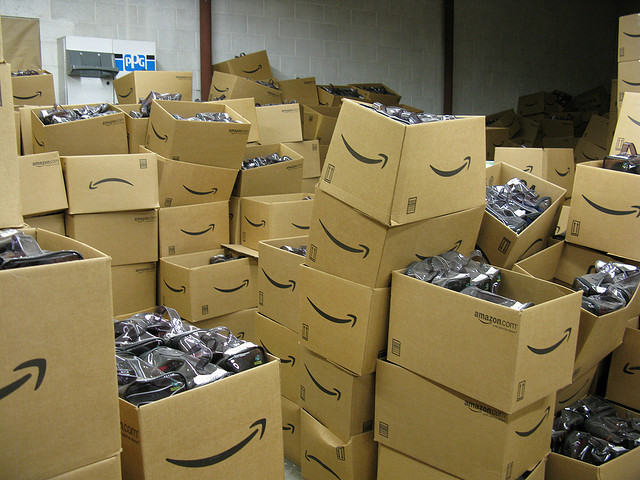 Ever been sitting at your computer about to purchase something off of the Internet and think to yourself, “You know what would be better? If I had to put on pants, brush my hair, leave my apartment, go aaaaall the way to crowded midtown Manhattan (easily the worst part of Manhattan, save for that strip of Lafayette Street that’s nothing but construction and parking lots) and push my way past literal throngs of tourists to buy the thing I want in person instead?” Well, good news!

That’s right, Amazon is no longer satisfied with the ironclad grip they have over the world of online retail—they’re looking to invade the physical realm as well, and just in time for all the Christmas tourists. Says The Wall Street Journal:

The site, set to open in time for the holiday-shopping season on Manhattan’s busy 34th Street, would mark an experiment by Amazon to connect with customers in the physical world. Amazon has built its business on competitive pricing and fast shipping. Until now, though, it couldn’t compete with the immediacy of a traditional store.

Amazon’s space at 7 West 34th Street, across from the Empire State Building in Midtown, would function as a mini-warehouse, with limited inventory for same-day delivery within New York, product returns and exchanges, and pickups of online orders. A customer could, for example, order a pan in the morning and pick it up that evening in time to use for dinner.

You know what it’s also right next to? The block-wide Macy’s Department Store that everyone goes to stare at each winter. Gee, I wonder if that was on purpose.

(via Gothamist, image via thisisbossi)