Amazon Coins Coming to Kindle Fire in May | The Mary Sue

Oh Good, Now Amazon Has Their Own Virtual Currency Too 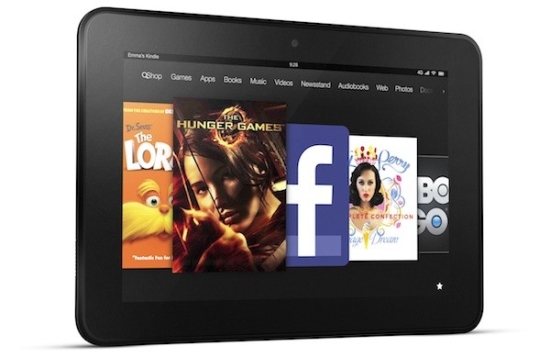 I despise virtual currencies. I don’t mean Bitcoin, though it certainly skirts the line. It’s virtual currencies like Microsoft Points that particularly frustrate me. Perhaps it’s just the years of being forced to purchase more points than needed in order to grab games, but the whole system comes across as scummy. Unfortunately, it looks like this kind of thing’s here to stay since Amazon’s announced that they’ll be offering a new virtual currency called Amazon Coins for the Kindle Fire starting this May. Joy of joys.

The Coins will be used to purchase things like in-app doodads, games, and other apps on the device. It’s unclear how this will all work, or what the conversion rate might be, and it seems like Amazon won’t absolutely require their new virtual currency. What that means is anybody’s guess at current. The whole thing’s pretty nebulous beyond the fact that it certainly exists and will be coming in May.

This might be an attempt to distance the whole process from the traditional dollar signs that Amazon usually presents customers with, thus muddying the waters and causing folks to purchase more virtual goods. Whatever the reason, it’s pretty clear that Amazon thinks they’ll make money off it, or it wouldn’t even be coming down the pipeline.

The company will be giving away scads of Coins to existing customers — now forever branded as “gateway Coins” in my mind — in order to start the whole thing off.

(Amazon via The Verge)