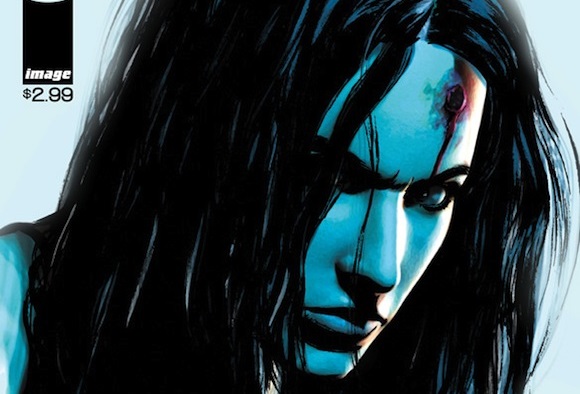 Amazon is betting on science fiction in their upcoming slate of series. In addition to adaptations of Neal Stephenson’s Snow Crash and Larry Niven’s Ringworld series, they’ve ordered an adaptation of Greg Rucka, Michael Lark, and Santiago Arcas’s comic, Lazarus. Rucka, who wrote the original comic, will help write the TV series, and both Rucka and Lark will executive produce.

TMS interviewed Rucka back when Lazarus first came out, so I’ll let him describe the series in his own words. In this dystopian series, the world “has suffered a huge economic collapse, where the rich and the poor are incredibly divided, where there’s very few of the rich and there’s lots and lots of the poor. And those who actually have wealth…will do almost anything they can to keep it.”

(I know, I know. Doesn’t sound so far-off from today’s world.)

In this world we meet Forever Carlyle, the highly trained, incredibly strong, and difficult-to-kill “Lazarus” of the wealthy Carlyle family. As a Lazarus, Forever has been trained since birth – both with physical exercises and mental brainwashing – to serve the family, execute its enemies, and keep the peasants in the Waste in line.

However, although Forever has been told that she’s the beloved and biological youngest daughter of the family, she’s secretly seen as something more like a tool by her siblings and parents. As her father says in the comic, “She believes she’s my daughter, she believes that I love her, and that is how I control her.” As Forever learns more about herself and her role, she goes on a journey of self-discovery and self-liberation – but it’s difficult for her to break away from the abusive, co-dependent vortex of her family, as she’s alternately manipulated by and fleetingly fulfilled by her relationships with them.

Lazarus made great work of the serial format to look at issues which compound over time: abusive relationships, the dynamic between soldiers and the military, women’s thankless labor, exploitation of workers by the wealthy, the process of growing into a young adult. If Amazon’s adaptation pays the same attention to these painful and powerful issues, I think they’ll have a hit on their hands.

(Via Nerdist; image via Image Comics)