I had forgotten Amanda Peet was married to one of the co-creators of HBO’s Game of Thrones but as she reminded us on Conan, she also gave a personal story about when he first told her the idea. And she thought it was awful.

Meanwhile, showrunners David Benioff (Peet’s husband) and D.B. (Dan) Weiss were doing some promotion for the upcoming IMAX run of Game of Thrones and WinterIsComing.net spotted something very interesting on Benioff’s shirt. 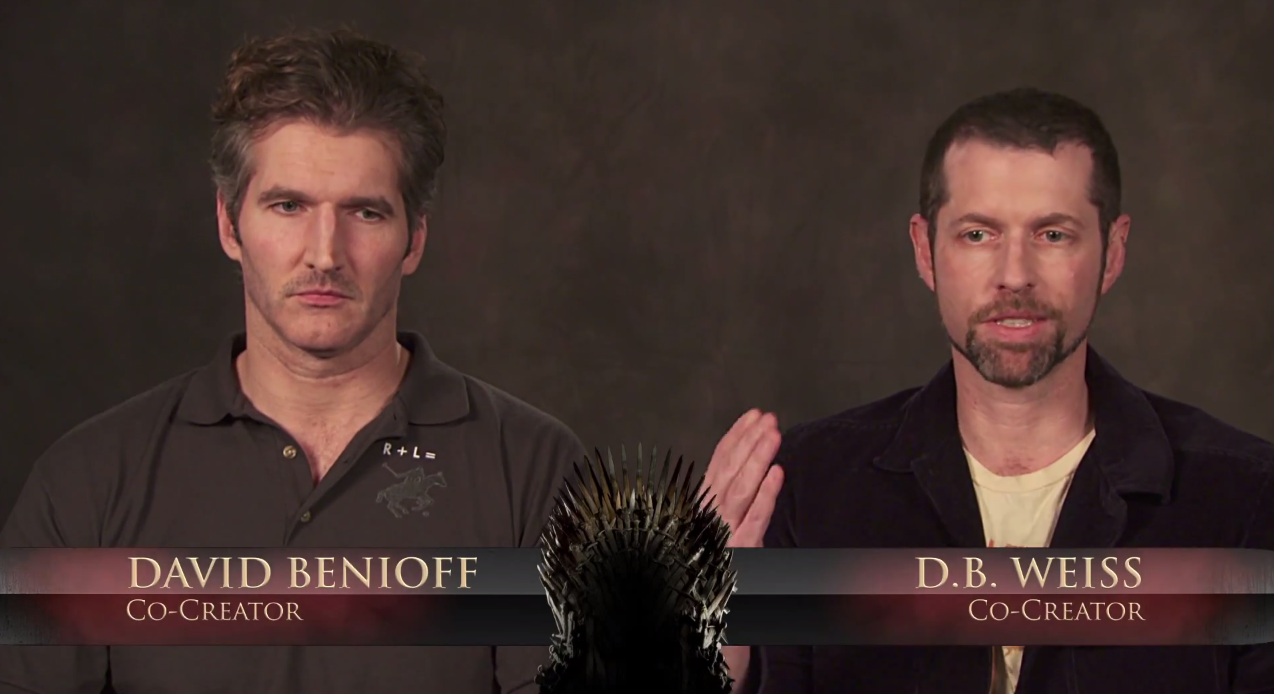 Do your warging eagle eyes spot it? (Click the image to view larger.) He’s got “R+L= …” embroidered there. Fans of George R.R. Martin’s novels may know that particular pairing of letters as the uncompleted R+L = J theory. I won’t give the spoilery details here (please mark comments as such!) but here’s the whole promo video if you want to give it a watch.