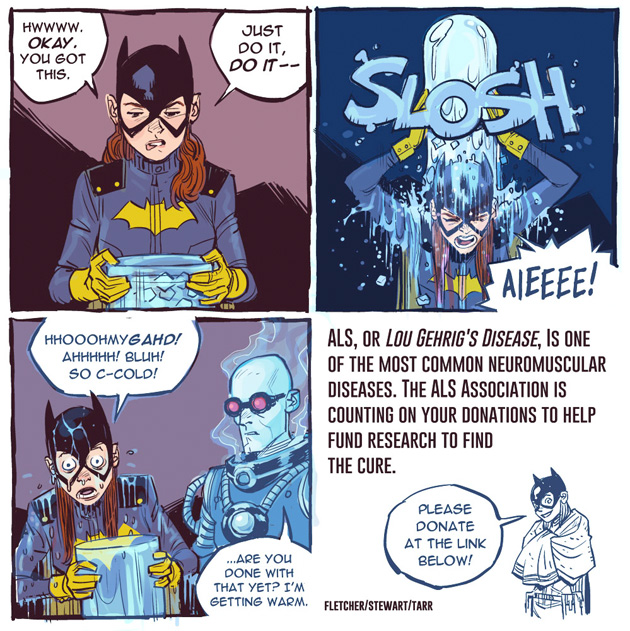 The ice is just piling up! So many people have taken the ALS Ice Bucket Challenge that even fictional characters are starting to get in on the charity fun. Here’s Batgirl but we’ve also collected Archie, Grumpy Cat, Peter Dinklage, Harrison Ford and more.

Yes, the new creative team on DC Comics’ Batgirl had a little fun with the charity challenge to raise money for amyotrophic lateral sclerosis research and care. But they weren’t the only ones. Archie Comics’ Archie actually came back from the dead to do his! Head to Comic Book Resources to see which other comic book characters he challenged. 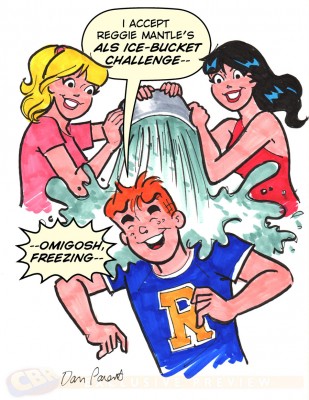 Sauron, of all people, also participated.

The cameo characters at the end of that one segue nicely into some of the cast of Star Wars: Episode VII…first up, Mark Hamill.

Now let’s switch things up and find out what Grumpy Cat’s thoughts are on the subject.

And then to someone who occasionally resembles Grumpy Cat…Game of Thrones’ Peter Dinklage.

Idris Elba boogies through his challenge.

And last but certainly not least, Vikings’ Athelston, George Blagden, takes his in front of the Eiffel Tower!