Twinsies! Alpha Centauri A Has A Cool Outer Layer, Just Like Our Sun 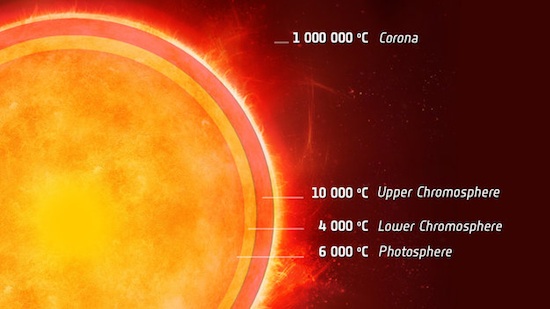 The Sun, it will surprise no one, is very, very hot. What is surprising — and consistently baffling to researchers — is that there are certain parts of the sun that are actually rather chilly. You know, in comparison to the rest of the Sun, which, as we’ve covered, is just exceedingly warm. The European Space Agency’s (ESA) Herschel observatory may have made a stride or two towards understanding the strange phenomenon, though, as it has recorded the first evidence of a similar cool outer layer in a star that isn’t the Sun. The same cool layer has been observed for the first time in Alpha Centauri A, a relatively nearby star noted for its similarities to our own Sun.

Alpha Centauri A is a mere 4.37 light years from us, which is just a hop, skip and a jump in cosmic distances. It isn’t just it’s proximity to us that makes Alpha Centauri A important to astronomers, though. The star is eerily similar to our own Sun in chemical makeup, age, and size — and according to the latest observations of infrared radiation from ESA’s Herschel observatory, it has a similar atmospheric structure, too. While the outer atmosphere of the sun is a raging inferno that can reach a million degrees Celsius, the surface is actually fairly cold — a mere 4,000 degrees Celsius. Sure, it’s still a raging inferno, but it’s nowhere near as how as you would expect the literal surface of a star to be.